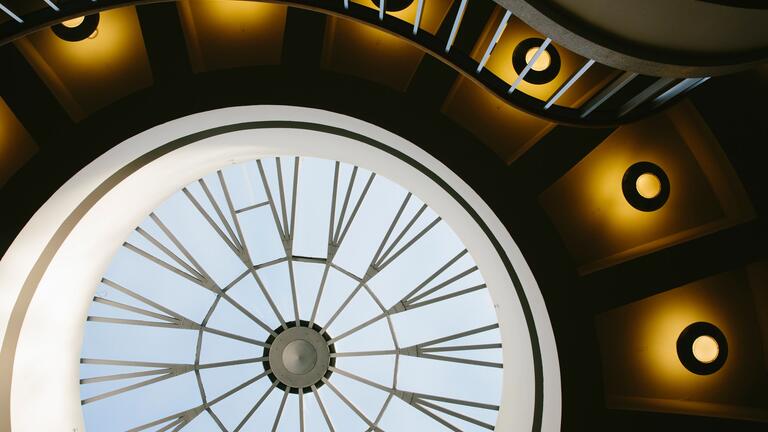 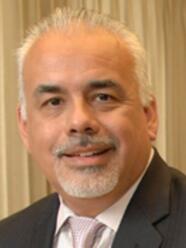 Overview: Sal Torres works as the Senior Director of Legal & Commercial Transactions at Equinix Inc., where he leads the 22 member Americas Commercial Transactions team which supports all customer agreements and other sales contracts negotiated in North, Central, and South America. Sal also serves on the Commercial Leadership Team for the global legal department where he helps innovative ways to deliver legal services to Equinix’s worldwide sales division. Sal served 5 terms as Mayor and Councilman of the City of Daly City from 1996 – 2016. Previously, he was a Partner at Gutierrez & Associates, and held positions with Arysta LifeScience and Lafayette & Kumagai, amongst others. He also worked as host and producer of the TV talk show, El Amanecer. 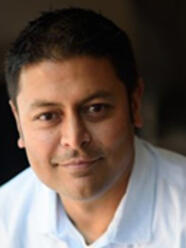 Overview: Kiran Belur works as the Head of Trademarks and Copyrights at Salesforce, where he specializes in intellectual property, copyrights, and trademarks. Prior to this position, he was an associate at Fenwick & West and a Legal Associate for MobiTV. 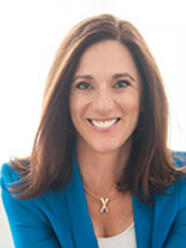 Overview: Elizabeth Bohannon is currently consulting to companies and individuals on employment law issues, conflict coaching, and dispute mediation. Prior to this role, she was Associate General Counsel, Labor & Employment at Airbnb, Vice President & Associate General Counsel at Williams-Sonoma, and Senior Employment Counsel at Waste Management. Early in her law career, she worked as an Associate at Brobeck, Phleger & Harrison and Fenwick & West. 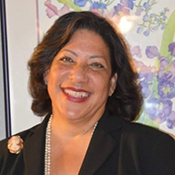 Overview: Aileen F. Casanave is serving as a part-time General Counsel at Nexla. Prior to this position, she was Vice President and Deputy General Counsel to Alation. Over her career she has worked with various companies, including Lockheed Martin, Sun Microsystems, Corel Corporation, Joyent, and Tibco Software. She has also taught Critical Race Theory and Housing Discrimination at SCU School of Law. Aileen is on the Board of the Association of Corporate Counsel- SFBA chapter, General Counsel to the African American Community Services Agency, Vice President of the California Association of Black Lawyers (CABL) and President of the National Association of 100 Black Women - SV Chapter. 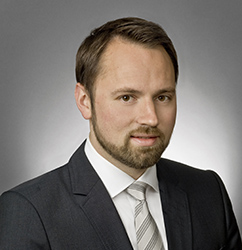 Overview: Matthew Chivvis is a Partner in the Intellectual Property Group of Morrison & Foerster LLP, where he specializes in life sciences and technology litigation. He joined the firm in 2008 after clerking for Chief Judge James Ware of the Northern District of California (ret.). While at USF Law he was a member of the executive board of Law Review, and an Academic Excellence Award recipient. 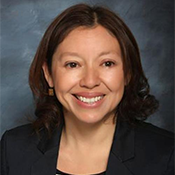 Overview: The Honorable Lupe Garcia was appointed to the bench of the Alameda County Superior Court in 2016, and is currently assigned to the Juvenile Delinquency Division and serves on the Court’s Access and Personnel Committees. For the 16 years prior to her appointment, she held various positions at Gap Inc. as in-house counsel, and departed as the Associate General Counsel for Corporate Compliance. Prior to joining Gap Inc., she was an employment litigation associate at Lafayette & Kumagai, LLP. While at Gap Inc. she co-founded the Gap Inc. Diversity Council and served on the Steering Committee for the Latino Employee Resource Group. Judge Garcia has also deep commitment to the community, having served on the Board of Trustees for the California State University and the Board of Directors for the Lawyers’ Committee for Civil Rights of the San Francisco Bay Area. 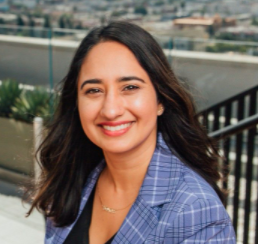 Overview: Simron Gill is Intellectual Property Counsel at Netflix, where she advises the creative teams on a variety of IP issues including complex media rights transactions, chain-of-title analysis, trademark clearance, production clearance, and claims and litigation defense. Previously, she was Lead Counsel of Video Content and Production at Meta (formerly Facebook). She started her legal career as an IP Attorney with Hanson Bridgett LLP in San Francisco (2013-2016). She is also an amateur photographer and filmmaker, and previously served as a Board Member and Vice-Chair for Root Division, a visual art non-profit based in San Francisco. 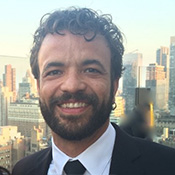 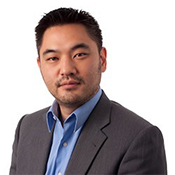 Overview: John Hong currently serves as the Chief People Officer at Avellino Lab. Prior to this position, Mr. Hong has held position with Littler Mendelson and Long & Levit LLP, and he worked as a Math Teacher at San Rafael City Schools. He is a member, former Regional Governor, and former member of the Board of Governors of the National Asian Pacific American Bar Association, and a member and past President of the Korean American Bar Association of Northern California. 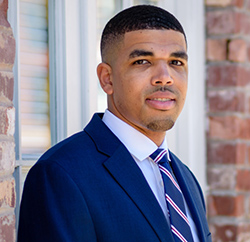 Overview: Mr. Kevin Jackson is an attorney with Freeman, Freeman & Smiley, LLP in Los Angeles. He represents fiduciaries and individuals throughout California in a wide range of trust and estate matters. While in law school, Mr. Jackson was a senior staff member of the law review, a member of the moot court board, a course tutor for the school’s academic support program, and the academic chair and national delegate for the University of San Francisco’s Black Law Students Association. 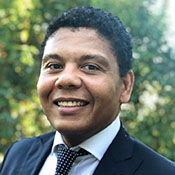 Overview: Mr. Juarez is Senior Counsel Global Business Development with Spotify and has been with the company since 2017. Previously, he was a Senior Director and Associate General Counsel of Product and Media Services at Samsung (2013-2017), Director, International Corporate Counsel at Viacom (2011-2013), and Head of Business and Legal Affairs for Latin America at Universal Music Group (2007-2011). 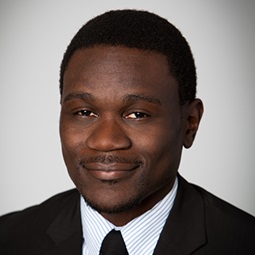 Overview: Mr. Obaro has been an Attorney with Weil, Gotshal & Manges LLP since 2010, where his practice specializes in Complex Commercial Litigation. Mr. Obaro is currently President of the Federal Bar Association’s Northern District of California Chapter, and he also serves as a Lawyer Representative to the Ninth Circuit Judicial Council. 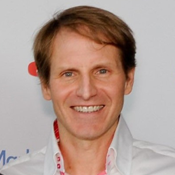 Overview: Mr. Thomas Onda is the Chief Counsel of Global Intellectual Property, Brands and Marketing at Levi Strauss & Co. Prior to this role, he was a Partner at Steinhart and Falconer LLP, and held positions with Schlemmer & Associates and Pillsbury, Madison & Sutro. Thomas is also an adjunct faculty member with USF School of Law, teaching Intellectual Property and Cyberlaw, and was awarded the Hon. Ira A. Brown Jr. Distinguished Adjunct Professor Award by USF in 2010. 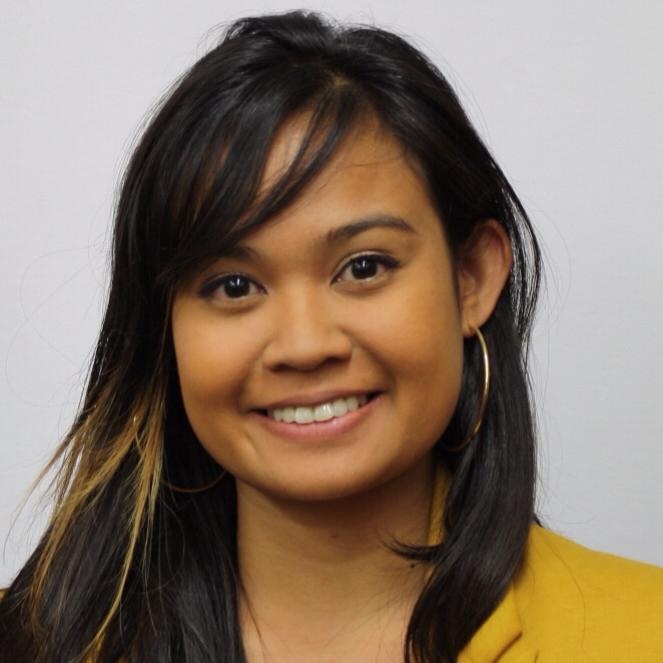 Overview: Jennifer is a Trial Attorney at the Office of the Solicitor at the U.S. Department of Labor, enforcing Federal laws born out of the labor and civil rights movements of our country. She is a proud alumna of Levy Vinick Burrell Hyams LLP, a workers’ rights firm, firmly committed to civil rights and social justice. As an associate in private practice, Jennifer was selected as a Rising Star on the 2018 Northern California Super Lawyers List. Jennifer completed a Master’s from Georgetown and pursued a Ph.D. at Northwestern (which she did not complete), studying the neo-colonial effects of international development standards onto the Philippines. However, she left academia to directly help workers disenfranchised by a political economy that caters to the neoliberal dictates of the powerful. Jennifer obtained her J.D. from the University of San Francisco School of Law, where she served as the Editor-in-Chief of the USF Law Review and was an Advocate of the Year finalist. In 2015, Jennifer worked as a judicial extern for the Honorable Chief Justice Tani Cantil-Sakauye of the California Supreme Court. 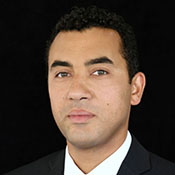 Overview: David Sutton is the Los Angeles Trial Chief for the Federal Public Defender. Previously, he was Of Counsel at Cohen Williams LLP. Before joining Cohen Williams, David served as a Supervising Deputy Federal Public Defender, where he was responsible for managing several trial attorneys, trial investigators, and paralegals as well as litigating his own cases. David is also a member of the Los Angeles County Bar Association’s Judicial Appointments Committee and a co-chair of the Los Angeles Federal Bar Association’s Young Lawyers Division. 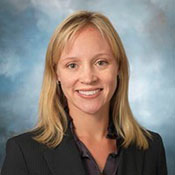 Overview: Ms. Wall is Senior Corporate Counsel at X, Google's Moonshot Factory, with an emphasis on product counseling, corporate law, intellectual property, privacy, commercial partnerships, and litigation. Prior to her position with X she was Global Supply Chain Counsel with Hewlett Packard (2012-2013) and started her legal career as a Litigation Associate at Morgan, Lewis and Bockius LLP (2007-2012).