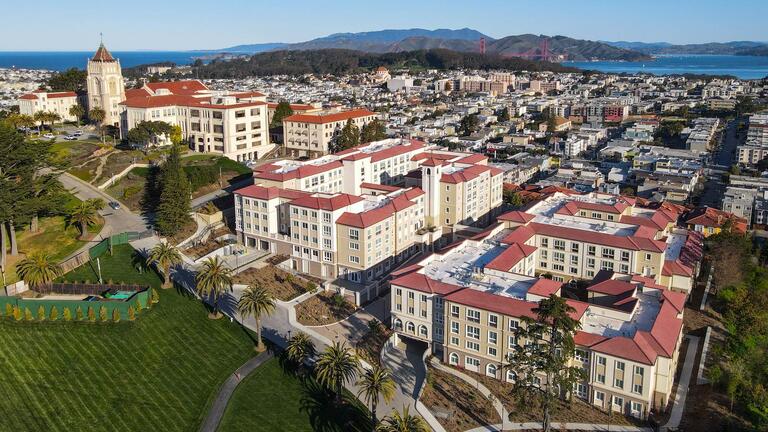 Keep up-to-date with your fellow University of San Francisco School of Law alumni through class notes.

Tell Us about Yourself

Let us know about your professional or personal news by emailing updates to lawalumni@usfca.edu or you can update your contact information here. The USF School of Law reserves the right to edit all class notes submissions.

Craig Tanner ‘93 has joined Rimon PC as a Partner in the firm’s Employment Law, Employee Benefits and Executive Compensation Practice in their Austin, TX office. He was previously a partner with Reed, Smith.

Robyn Santucci ‘01 was named Chair of the Board of Directors of OUR HOUSE Grief Support Center. Santucci was a founding member of the Associate Board in 2008 and has served in various capacities with the organization, most recently as Vice Chair.

Mitch Lowe ‘03 was appointed to the Ruby Tuesday board of managers. Lowe is the former President of Sizzling Platter, one of the largest and fastest growing franchised restaurant companies in the United States.

Emily Compagno '06 was named co-host of Fox News Channel’s Outnumbered. She joined Fox News Media in December 2018 as a contributor.

Jim Heffner ‘06, Commercial Litigation Partner with Hahn Loeser & Parks LLP has been named one of San Diego’s Best Attorneys for 2021.

Ifeoma Ajunwa ‘07 has been selected as a Fulbright Scholar for the 2021-2022 year to research law and technology issues in Lagos, Nigeria.

Ryan Hamill ‘07 was named co-head of CAA Baseball. He joined CAA Sports in 2007 and played catcher and first base for UNLV and UCLA, and for the St. Louis Cardinals organization before attending USF Law.

Abigail Rivamonte Mesa ‘08 was recognized with the Best Under 40 Award by the National Asian Pacific American Bar Association (“NAPABA”) for excellence in the legal profession and a commitment to service.

Michael J. Hui ‘10, a shareholder in the San Francisco office of Littler, has received the Best LGBTQ+ Lawyers Under 40 Award from the National LGBT Bar Association.

Cassandra Jenecke ‘13 was unanimously appointed by the Tuolumne County Board of Supervisors to serve as the county district attorney.

Yaniv Newman ‘13 has been named a shareholder with Sullivan Hill Rez & Engel. He is a member of the firm’s construction, insurance coverage, and commercial & business litigation practice groups.

Elisha J. Yang ‘15 was promoted to senior counsel with Hanson Bridgett, in the firm's real estate and environment practice group.

Shounak Dharap ‘16, an associate attorney with the Arns Law Firm, was recognized as a Top 40 Under 40 by the National Trial Lawyers.