Mark Vorsatz, CEO and managing director of Andersen Tax, discussed the explosive growth of international businesses and the impact it has on the legal and tax professions at the third E. L. Wiegand Annual Visiting Fellows Program Feb. 20 at USF’s Downtown Campus.

“The E.L. Wiegand Visiting Fellows Program has brought outstanding tax professionals to speak at USF’s Graduate Tax Program,” said the program’s academic director, Professor Daniel Lathrope. “Mark Vorsatz’s lecture on globalization of tax and legal services continues that tradition. The students, alumni, and guests who attended were all able to benefit from Mark’s expertise and insight.”

Vorsatz has more than 35 years of experience in tax practice. After nearly 25 years as a partner, managing partner, and head of the tax division at Arthur Andersen, he co-founded Andersen Tax, which now maintains a partnership with USF’s Graduate Tax Program. He is co-author of two treatises, Income Taxation of Fiduciaries and Beneficiaries and Tax Economics of Charitable Giving, and has published articles in prominent tax publications.

“I spend about two weeks each month traveling internationally, and I can see the world rapidly changing,” he said. He described the interconnectedness of countries and regions, especially the U.S., China, Eastern Europe, and Africa, and the impact it has on trade and global economics — and the legal services industry as a result.

There’s no such thing as U.S. large-cap companies anymore, he says. He described Amazon’s growth in India through supermarkets, Apple’s ability to migrate 2 million people to a Chinese town to support a factory, and the majority of Intel’s revenue coming from outside the U.S.

“Of the ten fastest growing economies in the world, six of them were in Africa and the other four were in Asia and that tells you something about demographics,” he said. “Today my number one priority is building out Africa for our company. You see huge growth in the economics there, and it’s a very high priority because that’s where the world is going.”

Vorsatz explained that the world’s largest law firms today are significantly smaller than the Big Four consulting firms. “I see this as a huge area of opportunity to ramp up legal services. I have every confidence that within the next two years, Andersen Tax will surpass Dentons in terms of number of locations and countries.” 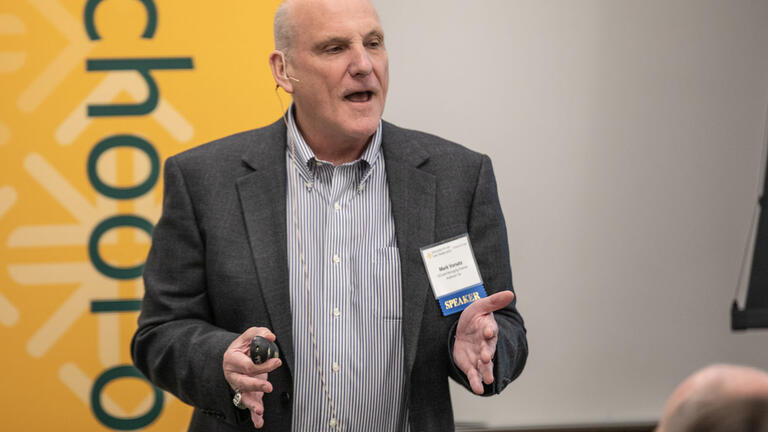