Doris Cheng ’98 has an ambitious goal as the newly elected president of the Bar Association of San Francisco: increase the number of women trial attorneys.

“Over the years, I’ve been involved with a lot of programs and organizations and I’m often asked, ‘Where are the other women trial lawyers?’” said Cheng, a shareholder at Walkup Melodia Kelly & Schoenberger. “After having been asked that same question so many times, it seems obvious that our profession needs to grow them.”

Cheng plans to do exactly that through her Women In Trial Initiative. Following a learning-by-doing model, the initiative will host two-day trial skills training courses aimed primarily at women and minority attorneys. Taught by judges and experienced trial lawyers, the courses will offer lectures on topics such as opening statements, closing arguments, and direct and cross examination, and attendees will have workshops where they’ll receive instant feedback on their performances.

My desire to balance the inequality and disparity between the ‘haves’ and the ‘have nots,’ that definitely stems from my Jesuit education.

Attorneys who take the course will be asked to take on one pro bono case within the year. The idea, said Cheng, is to have those attorneys put their trial skills to use right away.

Ranked one of the top 50 women lawyers in Northern California by Super Lawyers, Cheng has won multi-million dollar settlements and verdicts on behalf of disabled plaintiffs, including a $13.5 million settlement for a man who suffered severe brain damage due to carbon monoxide poisoning. She also has trained trial lawyers and judges in Mexico, Kosovo, Macedonia, and beyond, and co-directs USF School of Law’s Intensive Advocacy Program.

“There’s always more to be done and there’s certainly never enough time to get it all done,” Cheng said, “but one motivation is the immediate gratification of seeing the results of your labor and having faith that you’re making a significant impact.”

After teaching students during the two-week Intensive Advocacy Program, Cheng said she can see an immediate change in the students — they’re better communicators, better critical thinkers, and they develop a deeper understanding of the incredible privilege of being spokesperson for someone else. Helping to train the next generation of attorneys, whether at USF or through her BASF initiative, is part of Cheng’s commitment to giving back to the community, a value she absorbed while at USF.

We need greater diversity in the courtroom where women and people of color will not be held back, and we need partners and peers to promote their presence in that arena.

“My desire to balance the inequality and disparity between the ‘haves’ and the ‘have nots,’ that definitely stems from my Jesuit education,” Cheng said. “It’s creed that is culturally ingrained at USF. It’s a constant that the true goal of the law degree is to improve our society so that it is more workable and harmonious for people. Practicing law means, first and foremost, having a love for people and a desire to serve others.”

She anticipates that the Women In Trial Program will create the same excitement about trial advocacy as in the USF Intensive Advocacy Program. Her inaugural program has already reached maximum capacity in only two months since the original announcement. Cheng has taught trainers how to teach in these types of programs, and has seen the success of this teaching model around the world.

Her focus on diversifying the profession taps into her own experiences as a female attorney. While she’s always felt supported by her firm, she knows the challenges of being a woman in a male-dominated realm — for a while, she was the firm’s only female attorney and for 12 years was the only female partner. Over the years, she’s dealt with plenty of issues, from the male opposing counsel who refused to address her by name to the male opposing counsel who reached across the table to grab her handwritten notes during a deposition.

“The need for diverse legal representation is ever more important in a climate where diversity, race, religion, gender, and sexual orientation are at the heart of controversy,” Cheng said. “We need greater diversity in the courtroom where women and people of color will not be held back, and we need partners and peers to promote their presence in that arena.” 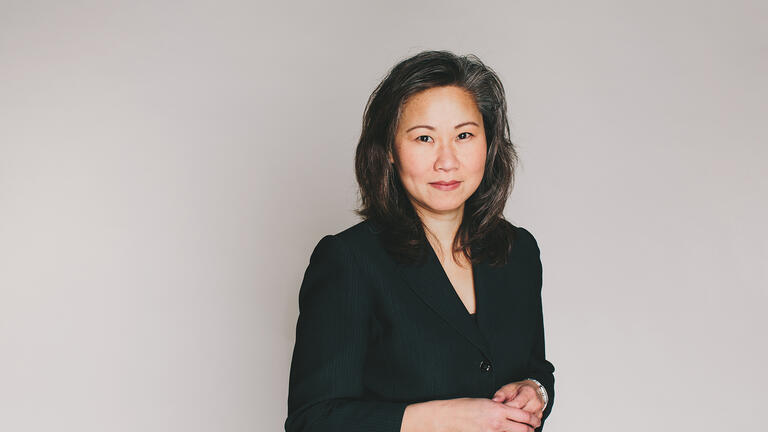