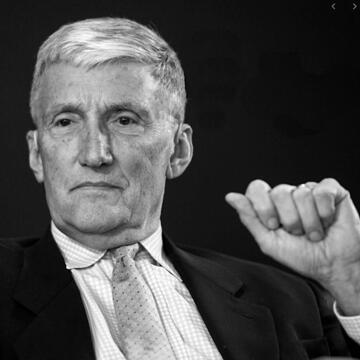 Roy Eisenhardt graduated from Berkeley Law after serving in the Marine Corps, and practiced law in San Francisco until joining Berkeley as a visiting professor in 1978. In 1980 he became president of the Oakland Athletics, and in 1989 he accepted the role of executive director of the California Academy of Sciences. The interim president of the San Francisco Art Institute in 2010, Eisenhardt has served as a lecturer in sports law at Berkeley Law since 2011.