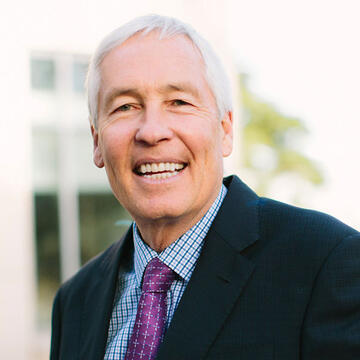 Adjunct Professor Robert S. Arns has practiced trial and appellate law in San Francisco since 1975, specializing in serious injury or death arising out of product failure cases, Federal Employers Liability Act actions, Jones Act actions, construction site incidents, mass torts, medical negligence and other tortuous conduct, as well as class action suits. He founded The Arns Law Firm with offices in San Francisco and Reno in 1996. He was named Trial Lawyer of the Year in 2004 by San Francisco Trial Lawyers and a finalist for Trial Lawyer of the Year by Consumer Attorneys of California in 2002, 2003, and 2004. Arns is a member of the American Board of Trial Advocates and sits on the executive committee of the Consumer Attorneys of California Board of Governors and the San Francisco Trial Lawyers Board of Directors. He is continuously named one of the "top 100" Super Lawyers in Northern California and has resolved over 300 seven– and eight–figure cases by verdict and settlement.