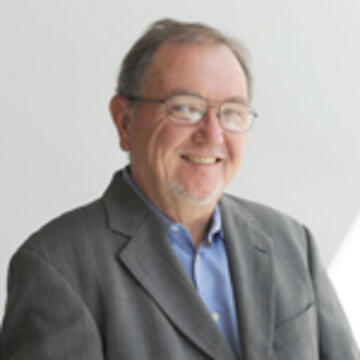 Research Professor of Law and the Humanities John Denvir received his JD degree from New York University School of Law where he was a Root-Tilden Scholar. He received his LLM from Harvard Law School where he was a CLEPR Fellow. He was a Reginald Heber Smith Fellow with California Rural Legal Assistance where he worked to secure decent health care for farmworkers. Before becoming a research professor, he taught constitutional law at the University of San Francisco School of Law for more than 30 years. In 2004, the graduating class voted him the law school’s “most valuable professor.” As a volunteer attorney with the San Francisco Lawyers Committee for Civil Rights, he helped refugees from Latin America win political asylum. Denvir also has been a visiting professor at Boalt Hall at UC Berkeley School of Law, the University of Oregon School of Law, and the University of Kent at Canterbury in the United Kingdom.

He is author of two books on constitutional theory—Democracy’s Constitution: Claiming the Privileges of American Citizenship (University of Illinois Press, 2001) and Freeing Speech: The Constitutional War Over National Security (NYU Press, 2010). He has also been very active in the emerging field of law and film. He edited one of the most read books in the field, Legal Reelism: Movies as Legal Texts (University of Illinois Press, 1996), co-edited a symposium issue of the University of San Francisco Law Review on law and film, and co-founded and served as managing editor for many years of the award winning website Picturing Justice. Professor Denvir has recently launched a blog on lawyering entitled "Guile is Good! Why We Need Lawyers" (www.guileisgood.com).