USF students tackled disease, mental health, and climate change, among other topics, at Creative Activity and Research Day this month, the first time the event has been held on campus since the start of the pandemic. 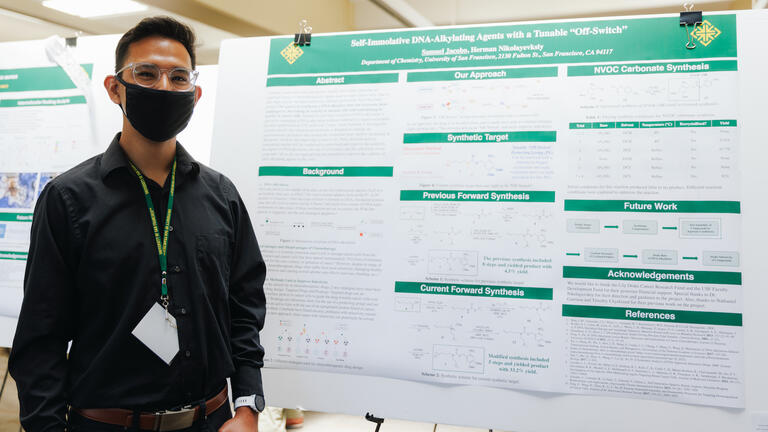 “I’m making a new design for chemotherapeutic drugs. If it proves to be effective, it could replace the drugs out there that have heavy side effects. Patients would also be able to start treatment in the early stages of their illness as opposed to just the late stages, which would improve their survival rate. Even though people are trying to improve the other drugs, we thought to replace them entirely.” 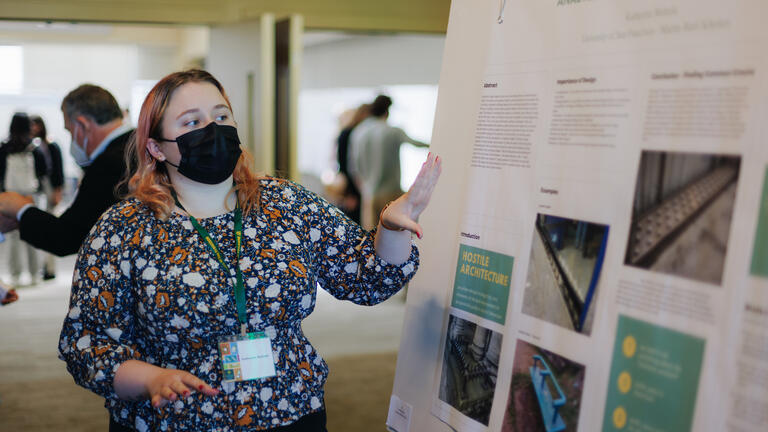 “I researched hostile architecture and wanted to get across the idea that certain public spaces aren’t designed for houseless people. We don’t see how people are being shut out of society and hidden. We don’t understand that sprinklers on the ground are keeping people from setting up tents in an area, or that armrests on a public bench are keeping people from sleeping there. My goal is to shine a light on that.” 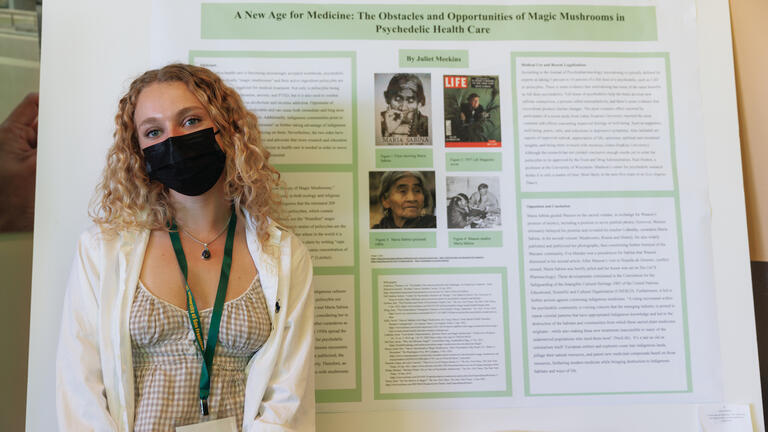 “I wanted to look into the history of Indigenous medicines and how they are being brought to Western society. I also wanted to look into the medical advantages they present, especially the opportunities for research in psilocybin mushrooms. Their use in Western society, where they’re being capitalized on, has stripped them of their healing and spiritual properties. In Indigenous cultures, mushrooms are valued as healers and I think that’s something our medical research can learn from.” 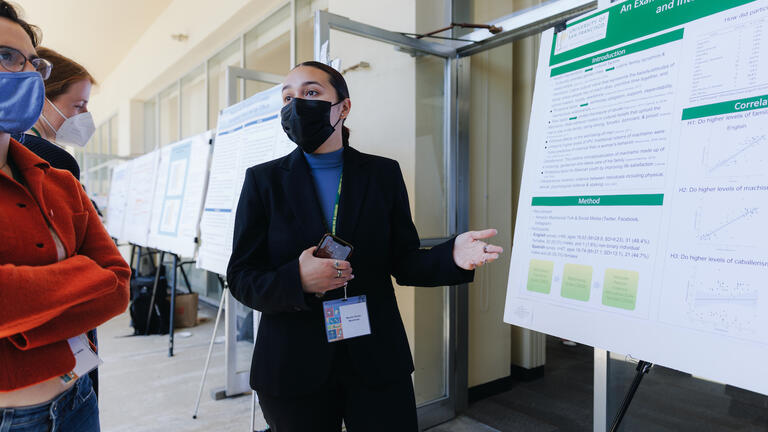 “I examined the relationship between Latinx cultural values and interpersonal violence within Latinx populations. I looked at familismo, machismo, and caballerismo and how they acted as risks or protective factors for interpersonal violence within family households. I did this because Latinx people are underrepresented in research and that affects public policy and mental health treatment. A lot of families that practice these cultural values have internalized values that are unhealthy. Talking about it helps create mental health treatments that could help families.” 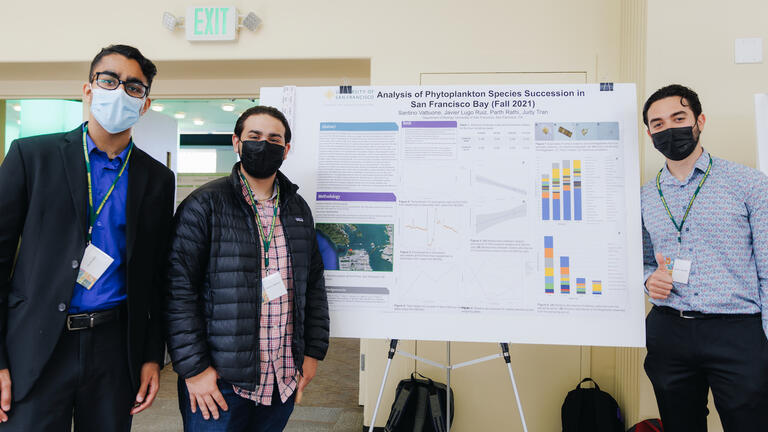 “We took samples at Fort Point to look at how species succession took place in phytoplankton species for our oceanography class. We considered variables like temperature, salinity, and tidal height on a few different species and found that lower salinity increased the abundance of some species and decreased the abundance of others. Phytoplankton is a primary producer and they’re important in our bodies of water. If you have poisonous phytoplankton growing, you want to know why so that you can prevent it. If you have an oxygen-producing species growing, you want to make sure they stay healthy.” 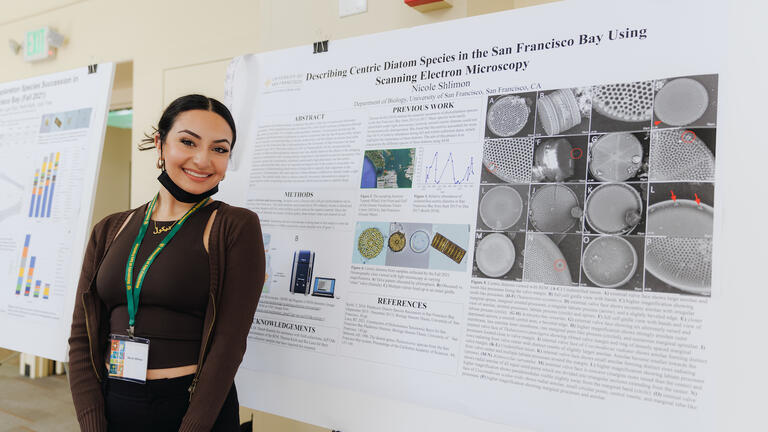 “Phytoplankton account for 50 percent of the earth’s oxygen production. We use the term centric diatom to categorize species of phytoplankton that cannot be differentiated under a light microscope. I decided to look at them under an electron microscope in my oceanography class to identify the species. It’s important that we recognize as many different species as we can so that we can evaluate the composition of the Bay and determine its health. We want to have a clear picture of what lives in our waters.” 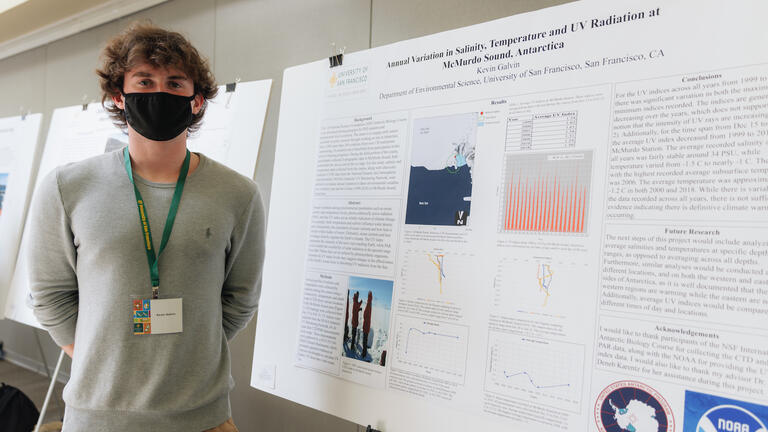 “This project analyzes annual variation in salinity, temperature, and UV radiation at Murdo Sound, Antarctica. A group of PhD and post-doc students took data using a CTD (conductivity, temperature, depth device) to calculate salinity. Salinity is an important indicator of water density, which is an important indicator of the flow of currents, which are important in global climate circulation. I analyzed the data to look for variation in salinity and temperature over a 20-year period and while I didn’t find any statistically significant data, this kind of project is important as climate change continues to be an issue.” 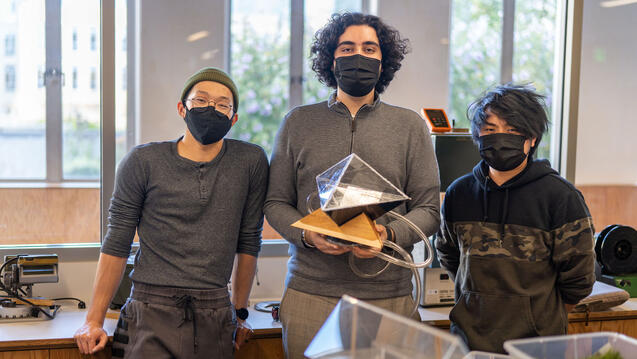 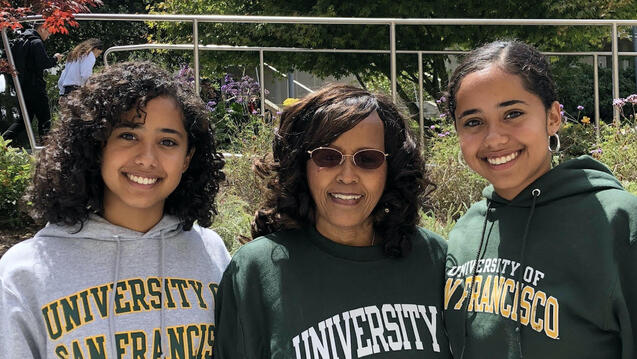 Twins on a Mission 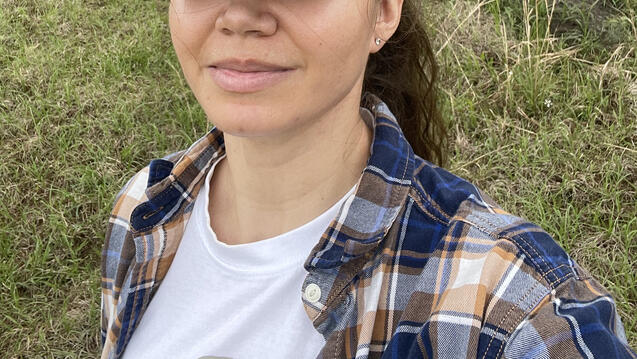