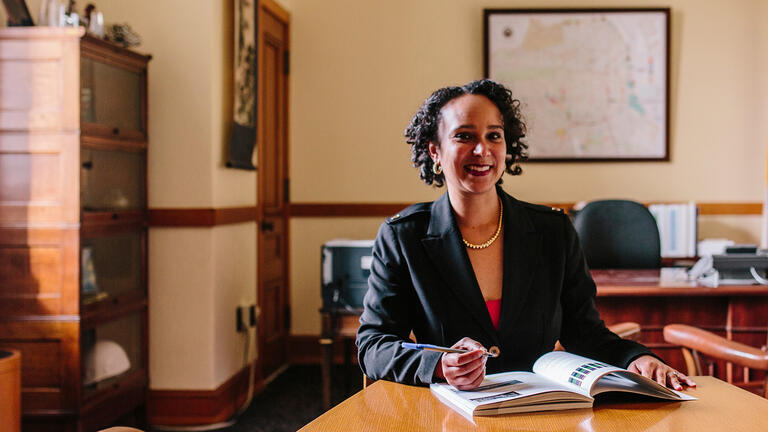 San Francisco City Administrator Naomi Kelly ’01 knew when she began law school that she didn’t want to practice law. Instead, Kelly was following the advice of then-San Francisco Mayor Willie Brown, who suggested she earn a law degree as a way of advancing her career in government.

“He truly believed that having a law degree and the skill set they teach you in law school would open up so many doors. He was 100 percent right,” said Kelly, who worked as a special assistant for Brown before leaving for law school. “My time in law school was very valuable in broadening my analytical skills and my approach to public service and trying to better government.”

After law school, Kelly returned to the City and County of San Francisco to serve as executive director of the city’s Taxi Commission. She continued to rise through the ranks, serving as the city purchaser and director of contract management and then as deputy city administrator. In 2012, Kelly was appointed city administrator.

My time in law school was very valuable in broadening my analytical skills and my approach to public service and trying to better government.”

As one of San Francisco’s highest ranking non-elected officials, Kelly now oversees 25 departments, divisions, and programs, including public works, real estate, purchasing, and Treasure Island. She is responsible for more than 2,100 employees and a budget of more than $500 million. The scope of her responsibilities can make for dizzyingly fast-paced days — as Kelly explains, “The mental shift every half hour is a little rough” — but it’s a pace that Kelly manages by drawing on skills she learned in law school, particularly on how to communicate. 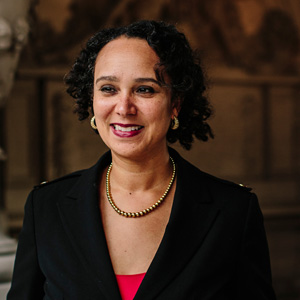 Kelly’s initial years with the city — she began in 1996 just after graduating college — were an especially impressive time to work for such a storied institution, when “national leaders and people of notoriety would call on a regular basis to get advice,” Kelly said.

Though the work is less star-studded these days, it is no less important. Kelly regularly hears from people about how the city is doing as she simply goes through her everyday life — at the grocery store, at her children’s school, at soccer games. Kelly easily points to several examples she’s particularly proud of, including leading an ongoing effort to upgrade the city’s public housing as well as opening the county clerk’s office over the weekend when the U.S. Supreme Court legalized same-sex marriage last year.

“This is the level of government where the rubber meets the road, where policies directly impact people,” Kelly said. “Decisions you make can have a true impact on people’s lives and that intrigues me the most.”