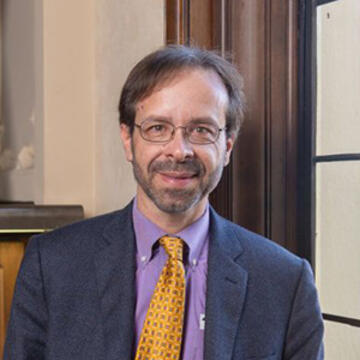 Dr. Leo is one of the leading experts in the world on police interrogation practices, the impact of Miranda, psychological coercion, false confessions, and the wrongful conviction of the innocent. Dr. Leo has authored more than 100 articles in leading scientific and legal journals as well as several books, including the multiple award-winning Police Interrogation and American Justice (Harvard University Press, 2008); The Wrong Guys: Murder, False Confessions and the Norfolk Four (The New Press, 2008) with Tom Wells; and, most recently, Confessions of Guilt: From Torture to Miranda and Beyond (Oxford University Press, 2012) with George C. Thomas III. He is currently working on a book that is tentatively entitled, The Innocence Revolution: The American Movement Against Wrongful Convictions (with Tom Wells).

Dr. Leo has been the recipient of Soros and Guggenheim fellowships, as well as a Fellowship from the Center for the Advanced Study in the Behavioral Sciences at Stanford University. In 2011 he was elected to the American Law Institute. According to the University of Chicago Leiter rankings, Dr. Leo is one of the most-cited criminal law and procedure professors in the United States. In 2016, the Wall Street Journal named him as one of the 25 law professors most cited by appellate courts in the United States. His publications have been translated into multiple languages and downloaded more than 44,000 times on the Social Science Research Network (SSRN).

Dr. Leo has been featured and/or quoted in hundreds of stories in the national print and electronic media, and his research has been cited by numerous appellate courts, including the United States Supreme Court on multiple occasions. He is regularly invited to lecture and present training sessions to lawyers, judges, police, forensic psychologists and other criminal justice professionals. Dr. Leo is also often called to advise and assist practicing attorneys and has served as a litigation consultant and/or expert witness in hundreds of criminal and civil cases. Dr. Leo has worked on many high profile cases involving false confessions, including the cases of Brendan Dassey, Michael Crowe, Earl Washington, Kerry Max Cook, Martin Tankleff, the Beatrice Six, Jessie Misskelley, Jr. of the West Memphis 3, and two of the Central Park jogger defendants. The work Dr. Leo did to help free four innocent prisoners in Virginia (known as the “Norfolk 4”) was the subject of a story in The New Yorker magazine in 2009 and a PBS Frontline documentary in 2010. Dr. Leo has also worked on behalf of numerous lesser-known victims of coercive interrogation and false confession in cases that never received any media attention.