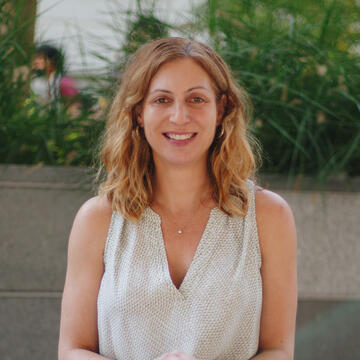 Lara Bazelon is a professor of law and the director of the Criminal Juvenile Justice and Racial Justice Clinical Programs at the University of San Francisco School of Law. From 2012-2015, she was a visiting associate clinical professor at Loyola Law School and the director of the Loyola Law School Project for the Innocent. Professor Bazelon was a trial attorney in the Office of the Federal Public Defender in Los Angeles for seven years. Prior to that, she was a law clerk for the Honorable Harry Pregerson on the United States Court of Appeals for the Ninth Circuit.

Professor Bazelon is a contributing writer for Slate and Politico Magazine, where her long-form journalism and opinion pieces appear regularly, including a long-running series in Slate on issues arising from wrongful convictions. Her essays and op-eds have also been published in the New York Times, Washington Post, Atlantic, San Francisco Chronicle, and Los Angeles Times.

Professor Bazelon is the recipient of a writer-in-residency award from the MacDowell Colony in 2016 and from Mesa Refuge in 2017, where she was named the Jacob and Valeria Langeloth Fellow for excellence in writing about issues relating to the criminal justice system.