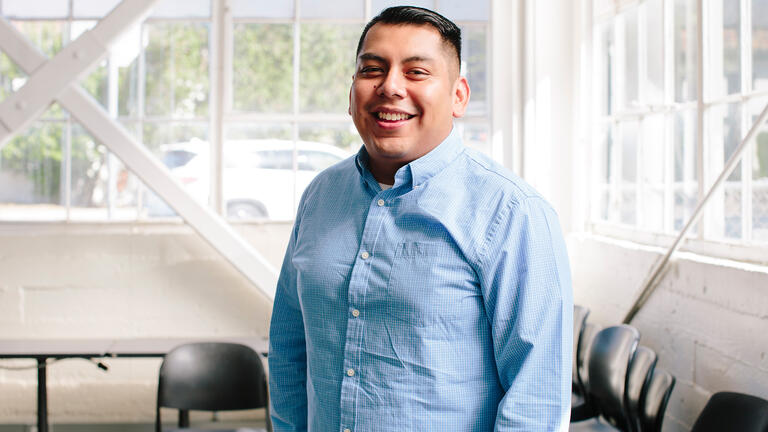 The Orange County Campus is located in the center of Southern California, midway between Los Angeles and San Diego in Orange County.

The USF programs are located in the St. Joseph’s Center, at the intersection of La Veta and Batavia Streets, two blocks east of Main Street. As you turn in the driveway at 480 South Batavia (St. Joseph Center) the building in front of you is the Motherhouse of the Sisters of St. Joseph of Orange. Follow the signs to ‘College Parking’ (behind the Motherhouse, toward the auditorium).

When parked you will see a flight of stairs and a covered walkway (all outside), go up the stairs and follow the signs to the USF Offices.