He turns immigration issues into artworks

When the Art for Justice Fund told Sergio De La Torre that he had won a $100,000 grant from them, he didn’t believe it.

De La Torre, associate professor of fine arts at USF, didn’t apply for the grant and doesn’t know who nominated him. He only knows that in March he received the award for his work with the Sanctuary City Project, the community-arts organization that he co-founded to explore issues in immigration.

“The Sanctuary City Project creates art that arises from research,” De La Torre said. Since the project’s founding in 2009 he has interviewed more than 3,000 people and asked for their thoughts on immigration. Some of their words he turns into posters that people may print for themselves on a printing press bolted to a bicycle.

He shows this work, along with his own work, on posters, billboards, t-shirts, tote bags, and street-pole banners in the Bay Area as well as in museums in San Francisco, Seattle, Berkeley, Oakland, and San Antonio.

One Foot in Each Country

De La Torre was born in San Diego but grew up in Tijuana. When he graduated from high school he moved to San Diego to work and to take ESL classes. “I got bored with the classes,” he said. “A friend of mine said, ‘You should study art because you don’t need to speak English.’ And that’s how I got into photography, painting, design, drawing, and printmaking” at Southwestern College in Chula Vista.

The art teachers at the community college were part of a collective focused on “border art,” he said.

“Back then in the ’80s I didn’t want to do border art or talk about border art. I hated when people told me I was Mexican and I hated when they told me I was American, for that matter. But years later, when immigration issues heated up and after I gained some distance, I finally realized that I am a border person. That’s who I am and that’s what I know. The border is a big part of my life and my art.”

In these classes he teaches art as an instrument of social justice. “I think USF hired me because I encourage art as community action,” he said. “At USF, you become a part of something bigger than you.”

De La Torre will use the $100,000 Art for Justice grant to pay for art materials and to finance a new art project on electronic surveillance ankle monitors, he said. He’s starting to research the monitors and to interview people who wear them.

“I want to learn the psychology of ankle monitors — about what they do to you if you have to wear one. So far I’ve learned that approximately 125,000 people in the U.S. wear them. Are they parolees? On probation? Undocumented immigrants? I’ve seen people in the Mission wearing them. Those people are under house arrest. How does it feel to wear prison around your ankle?” 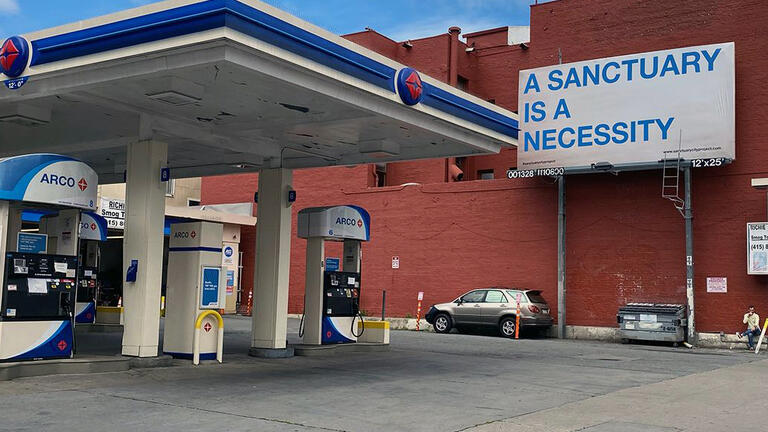 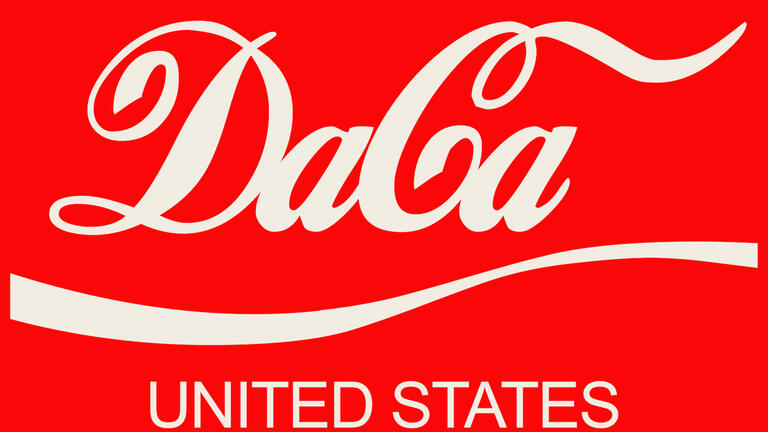 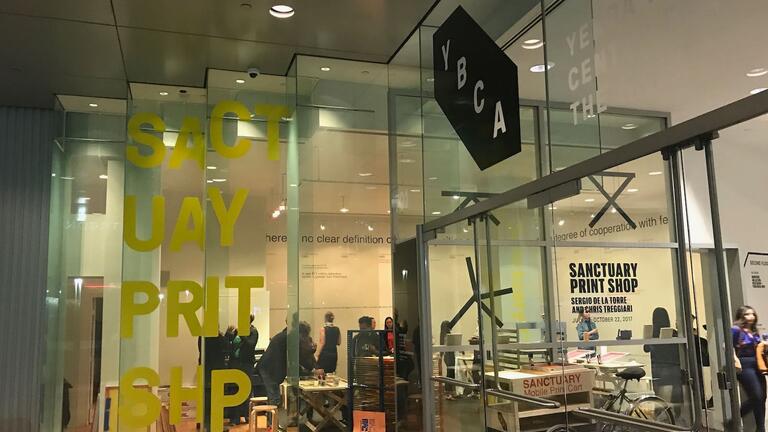 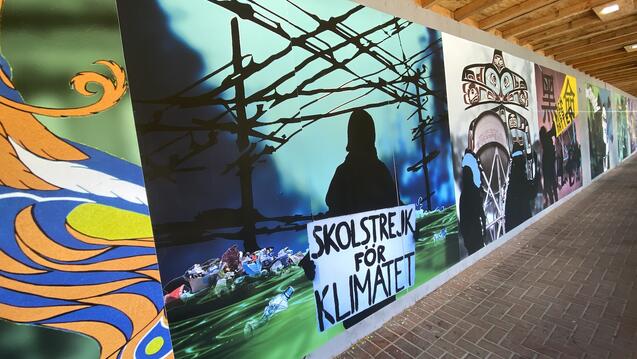 Students Take Art to the Streets of San Francisco 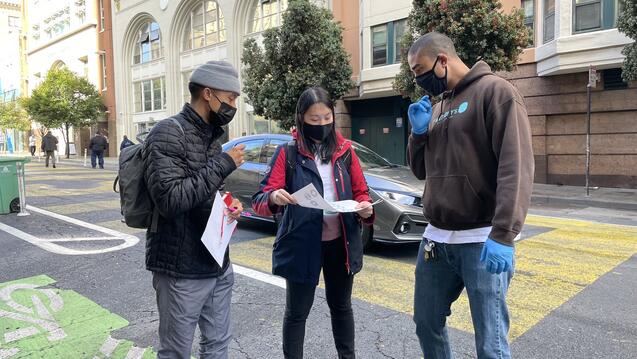 Students Use Design to Make a Difference