They help local schoolchildren to close the achievement gap

On day four of summer school, when a third-grader burst into tears in the middle of a class lesson, Sarah Chavez ’24 knew what to do.

I took her aside and spoke with her in private,” Chavez said. “From the very beginning, she was made out to be a troublemaker when she really wasn’t. She actually wanted to learn, but the students around her kept bothering her — and then one of them called her stupid.”

At Rosa Parks Elementary in the Fillmore neighborhood, where Chavez taught reading and writing to third-graders, she saw the challenges that students and teachers face.

“You’ve had the pandemic for more than two years. You have children now back at school in person, struggling to catch up while learning how to communicate and navigate a classroom with 28 or 30 students in it,” she said. “And the teachers are struggling to teach all of them.”

Chavez moved the “troublemaker” away from the classmates who were bothering her and then worked with her one-on-one. “Once she realized that I cared about her, she started applying herself to her schoolwork — and she caught up,” Chavez said. “What she really needed was someone to see her and listen to her.”

At Monroe Elementary in the Excelsior neighborhood, where Richard Dzreke ’24 taught reading and math to fourth- and fifth-graders, he said that students who fidgeted during whole-class lectures paid attention during one-on-one sessions with him.

“One student couldn’t figure out nine divided by three, so I asked him, ‘Three times what equals nine?’ He got it right away.”

Another student who spoke mainly Spanish at home during two years of online pandemic classes had fallen behind in reading and writing, Dzreke said. “I helped him. I told him ‘Repeat after me’ and ‘If you know a word, say it out loud.’”

Dzreke said students looked up to him in the way that children look up to older siblings, and listened to him in the classroom because he played soccer and basketball with them on the playground.

On Mondays through Wednesdays for seven weeks, the equity interns taught school. Each Thursday, they traveled to a different school in the city and in Oakland to “have an equity lesson on topics like environmental justice, restorative justice, white supremacy,” Chavez said. In a Friday speaker series, educators and policymakers taught the interns about challenges and opportunities in education.

Chavez, a politics major who plans to pursue education policy in Washington, D.C., said that while she learned a lot from her lessons and from the teacher for whom she worked, she learned even more from the students.

“They taught me patience and compassion. They reinforced the importance of listening. They showed me that one teacher in a class of 30 students is not enough teachers.”

The Equity Scholars Internship program taught Dzreke, a computer science major, that “it takes time and effort to help a student recover. You need to work with them for months before they can stand on their own,” he said. “But if we don’t help these kids to catch up now, in elementary school, they may decide that education is not for them and they may not even finish high school.”

On the last day of summer school at Monroe Elementary, three students approached Dzreke and asked him to return to their school in the fall. “They said, ‘What can we do to make you stay? Can we bring you flowers?’” 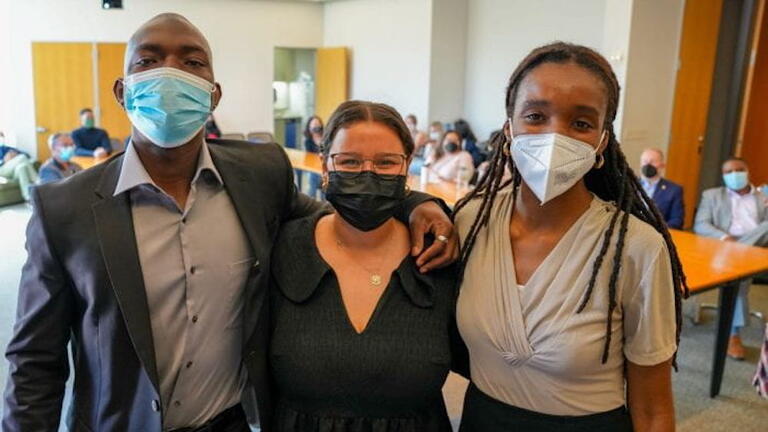 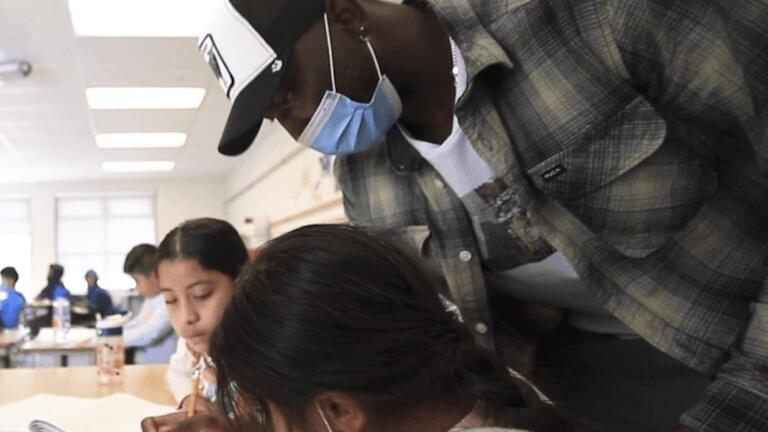