Is the Bay Area the Future of America?

San Francisco offers free community college to all of its residents. The city aims to be carbon neutral by 2050. And it, along with several other cities in the Bay Area, is committed to protecting immigrants and refugees.

In education reform, environmental policy, and immigration rights, there’s no doubt that the Bay Area — with San Francisco at its core — is a leader.

That said, housing shortages, massive income inequality, and other disparities inflamed by the booming tech industry threaten to undermine some of this progress.

Eighteen USF professors examine these issues and more in a new online journal issue, called “Bright Future or Cautionary Tale? How the Bay Area Shapes the Future of the U.S.”

The Center for Research, Artistic, and Scholarly Excellence (CRASE) publication comes on the heels of a book by University of Southern California sociologist Manuel Pastor, State of Resistance, which argues that the nation should look to California as a model for how to address our many challenges.

CRASE was inspired by Pastor, who will speak on campus Feb. 7, to create its own similarly themed publication.

“Pastor’s book presented an opportunity for our faculty to provide their analysis on a local level so that necessary conversation about the Bay Area’s future can also happen,” said CRASE co-director Saera Khan, who along with co-director Christine Yeh, edited “Bright Future or Cautionary Tale.”

“Taken as a whole, we do not render a conclusion but rather pose questions and recommendations for how we can work towards a bright future for everyone,” said Khan.

In “Ethnic Studies in San Francisco High Schools: A Model for the U.S.?,” Borrero argues that the rest of the country should follow the city’s lead in implementing ethnic studies courses, which research shows improves students’ attendance rates and grades.

Grinshteyn, in “Aging in the Bay,” touches on how seniors in the Bay have access to life-enhancing technology and health care, but the rising cost of living threaten their ability to retire.

Other topics include discrimination in Silicon Valley, the multiracial movement in California, and how San Francisco jails are used as mental health facilities.

Sociologist Manuel Pastor will be in conversation with KQED reporter Marisa Lagos on Thursday, Feb. 7 in Gleeson Library’s Monihan Atrium from 3:30–5 p.m. The event is hosted by CRASE and the Leo T. McCarthy Center for Public Service and the Common Good. 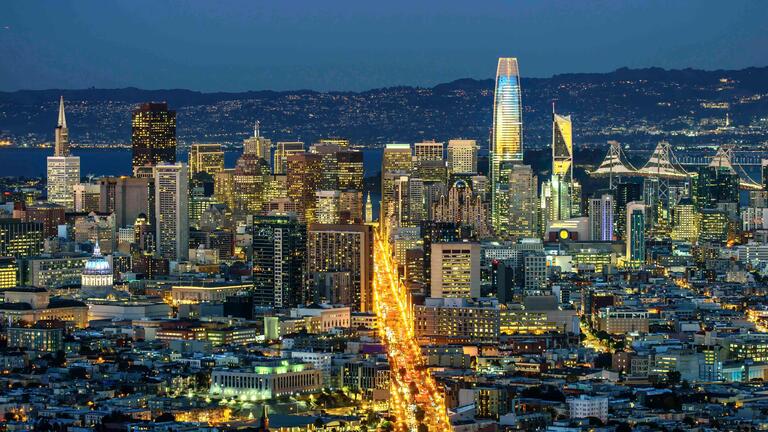