How can infrastructure serve the human and nonhuman with equal care? 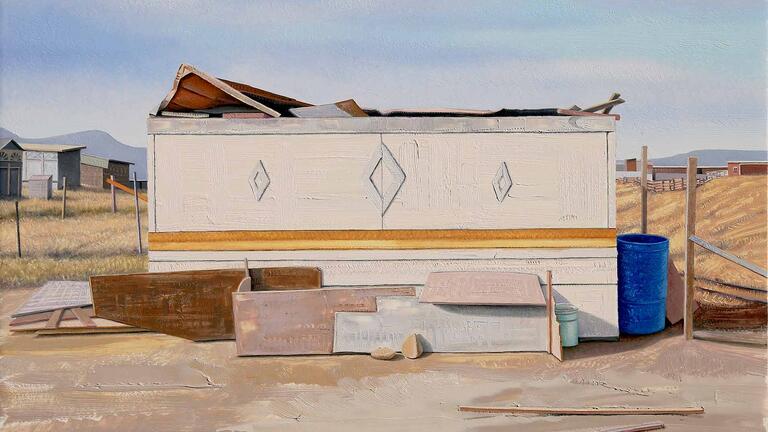 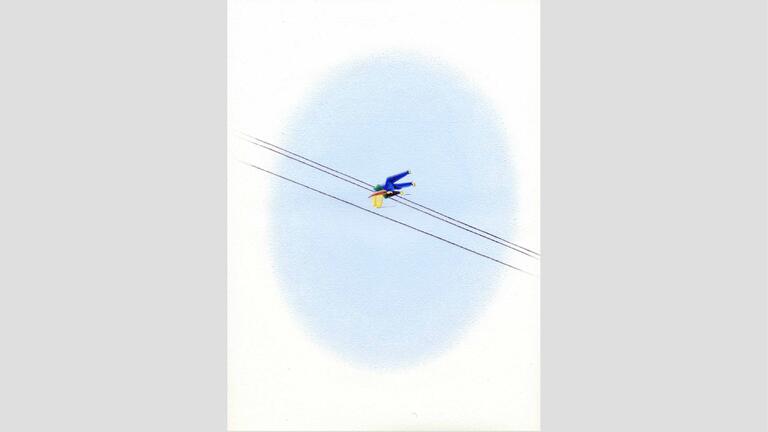 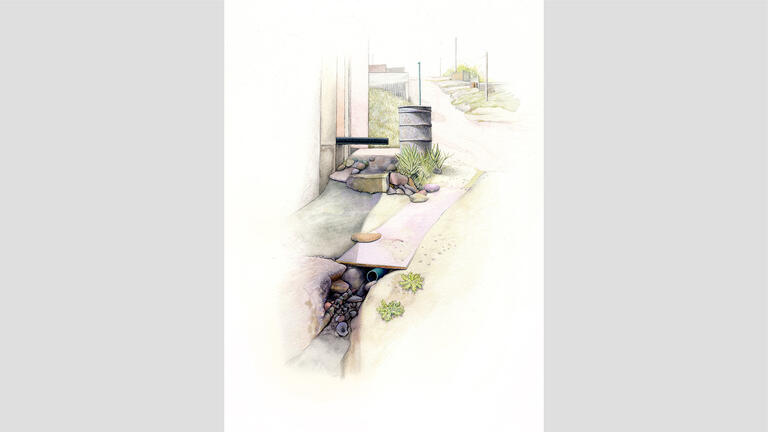 My interdisciplinary practice examines infrastructural landscapes and their myriad cultural and biological entanglements — sites that include altered watersheds, reconstructed wilderness, brownfields, power grids, and industrial farmland. My work patiently frames and makes sensible the incidental and emblematic activities that define these complex places, and also offers alliance with the laborers, activists, and researchers who operate within them. My videos, essays, and paintings deploy nuanced perceptual strategies scaffolded by disciplined, research-focused inquiry.

The work in this exhibition includes a video and selections from three series of paintings. My “Tijuana” paintings describe the hand-made homes and domestic infrastructure of several informal border communities — sprawling settlements borne of NAFTA-fueled upheavals in the Mexican economy. The DIY engineering that comprises these communities embodies a modest yet courageous humility; these places are built entirely from scratch with compelling improvisation and the available materials at hand. 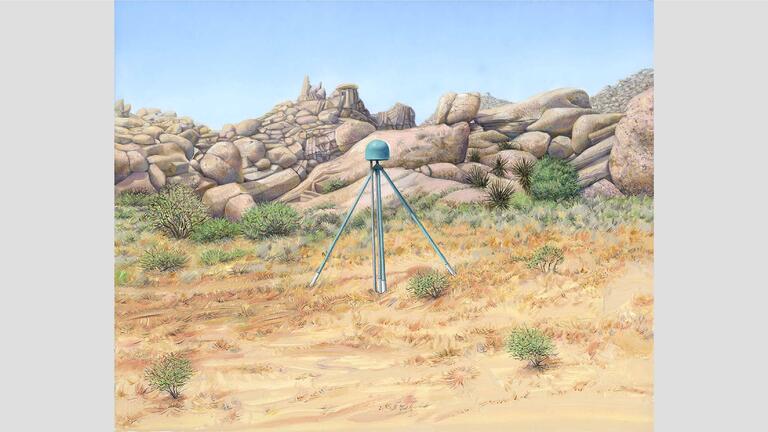 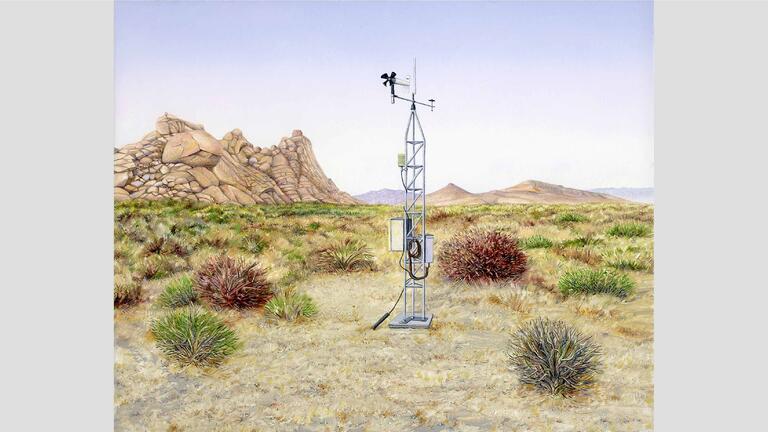 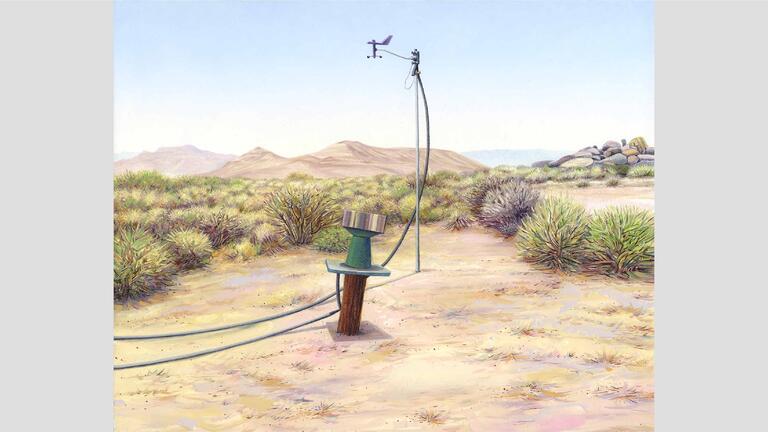 My “East Mojave” paintings examine unassuming scientific instrumentation at a research facility in California’s Mojave National Preserve. Similarly, my “Landfills” paintings describe the monitoring and extraction devices of a vast retired landfill near my home in northern California. Gas wells siphon methane from beneath the landfill’s bucolic surface, while leachate wells pump noisome effluent from its subterranean strata. 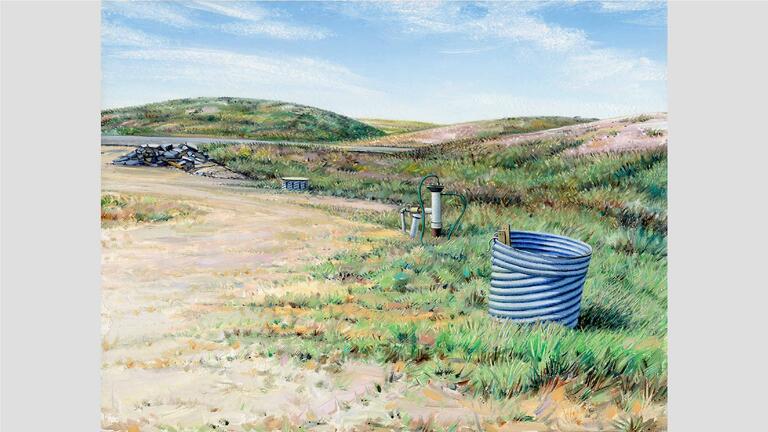 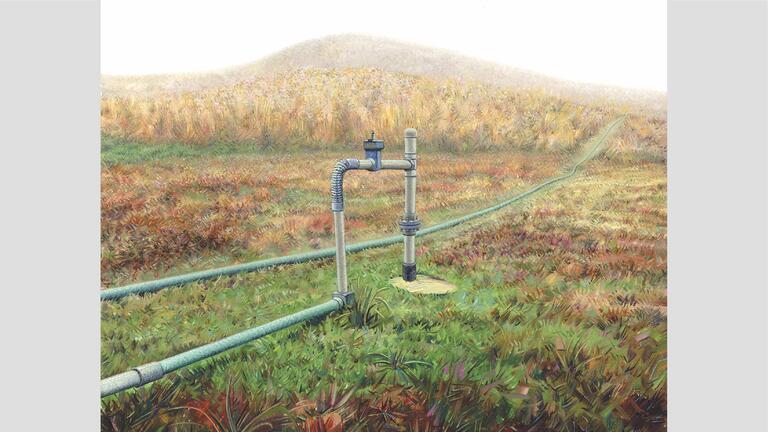 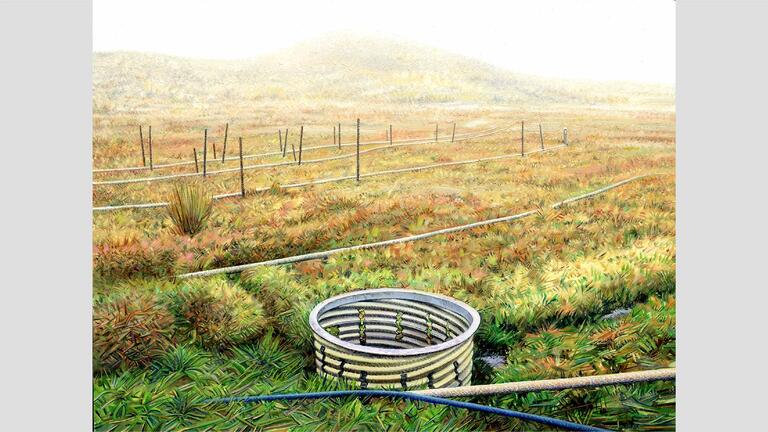 Cynthia Hooper invites dialog on the social and environmental impacts of geopolitical and engineered systems. Her painting and landscape video pieces symbolically portray the highly complex and nuanced issues of our society that technology is often situated within. The unsaid request within her work is to create a new way of being. How might we, designers and engineers, create technology that supports environmental harmony rather than conflict?

The Jefferson’s Monuments video is a compilation of short clips associated with the region’s controversial dams. It is named after a mythical fifty-first state imagined for rural northern California and Southern Oregon. The construction of multiple dams devastated salmon habitat, and with it, the foundations of the local Yurok, Karuk, and Klamath cultures. Salmon could no longer swim upstream to spawn because the dams blocked the river's flow and their spawning beds were flooded. Indigenous people could no longer count on the fish that impacted their physical and spiritual wellbeing. Through use of the buzzing of electrical wires, agriculture watering, and loud humming on still waters, Cynthia utilizes these combined aurals and visuals to denote the impacts of colonialism on the natural environment in this region.

Subject to political changes in the United States, indigenous activists have shifted the fate of these dams, which will likely be removed in the coming decade. Deconstruction is a step towards decolonization, providing a path to bring salmon back to the region and the way of life for the Yurok, Karuk, and Klamath people. Yet, the natural environment will be forever changed and the cultural conflicts of the people on the land will remain. As engineers and designers, we are continuously creating technology with deep political implications that may be felt for generations to come. There is a responsibility to engage in such dialog and create technology that brings healing and harmony to the natural landscapes and people within.

The video “Jefferson’s Monuments” patiently inventories four controversial dams that are slated for removal on California’s and Oregon’s mighty Klamath River. After more than 20 years of activism by tribal groups, scientists, activists, and fisherfolk, dismantling these dams will finally commence in 2023. “Jefferson’s Monuments” is a meditative moving image epitaph for these unexpectedly grand and undeniably problematic monuments in their dramatic Cascade Range environment.

My creative practice is shaped by the conceptual rigor of science and the advocacy of environmental policy. Many of my projects also include accompanying essays that recoup expository content not explicitly conveyed via visual means. These essays are an entry point for cross-disciplinarity, and are calibrated for researchers, activists, and stakeholders who seek rigorous yet actionable public scholarship. By creating conduits between specialized fields of study, my artistic practice attempts to reshape (or at least attempts active dialog with) the technological and social systems I work with.

Cynthia Hooper's videos, essays, paintings, and research-based projects examine infrastructural landscapes in the United States and Mexico. She has exhibited and screened her work at the Center for Land Use Interpretation in Los Angeles and the Museum of Modern Art in Mexico City, among other cultural institutions. Grants and residencies include the Graham Foundation for Advanced Studies in the Fine Arts and Headlands Center for the Arts. Publications include Places Journal and Arid: A Journal of Desert Art, Design and Ecology. She currently lives and teaches in Humboldt County, CA.