When Meron Semedar MA ’17 was 19, he slipped away from an oppressive government military camp run under Eritrea's longtime dictator. He ran for the border — nearly a day’s journey away. He was lucky to escape the country unharmed.

Many of his friends and countrymen weren’t as lucky. They drowned in capsized boats crossing the Mediterranean to Europe, or were held for ransom or killed by human traffickers on the way to Israel.

The U.N. estimates 400,000 Eritreans — 9 percent of the population — have fled the regime in recent years.The Wall Street Journalcalled it one of the world’s “fastest-emptying nations.”

Life in a refugee camp

In neighboring Sudan, Meron spent a month at a refugee camp before making his way to South Africa.

"I wanted to continue my education desperately and I knew there were Eritrean students who went to study there," he says. "I asked them about education and life and they suggested I come there to study rather than cross the perilous journey of the Mediterranean Sea to Europe.

The mission of USF stood out — the mission of taking action to confront the issues that degrade human dignity and empower the voices of the disadvantaged.”

He began a new life, enrolling in and graduating from college, and then launched a career as a civil engineer.

But throughout college and his early career, the ongoing news about Eritreans fleeing and dying haunted him.

“Here are my friends languishing in this situation. It could have been me,” says Meron, who left behind two brothers and his mother when he fled.

He wanted to help. In 2011, he co-founded Unity for Tertiary Refugee Students, a nonprofit to help African refugees in South Africa enroll in college.

Meron’s advocacy efforts brought international attention, and led him to speak at a youth leader conference in the United States. He ended up applying for and being granted asylum here. Committed to continuing his work on behalf of refugees, Meron enrolled in USF’s Master's in International Studies program to learn more about human rights and world affairs.

“The mission of USF stood out — the mission of taking action to confront the issues that degrade human dignity and empower the voices of the disadvantaged,” says Meron. “I am that person — the person whose human rights were violated.”

At USF, Meron took classes in global politics, human rights, forced migration, and international law. He drew on those lectures in presentations at local and international conferences, all while juggling a full graduate-level class load.

He’s written articles about human rights, the Black Lives Matter movement, and former South Africa President Nelson Mandela, publishing them in outlets such as the Huffington Post. At USF, he started a student club— Student Outreach for Refugees, Asylees, and Immigrants — and organized a conference at the McLaren Conference Center about the Eritrean crisis.

In December 2016, he was invited to speak at commencement as the student speaker. Meron urged graduates to think about the role they can play in solving the world’s growing refugee catastrophe — encompassing Syrians, Eritreans, Afghans, and people from other conflicted nations. There have never been more displaced people, according to the U.N. The numbers surpass even those of World War II.

“We are talking about 65 million human beings, each with their own unique identity,” Meron told graduates. “I ask you to open your hearts and welcome them.” 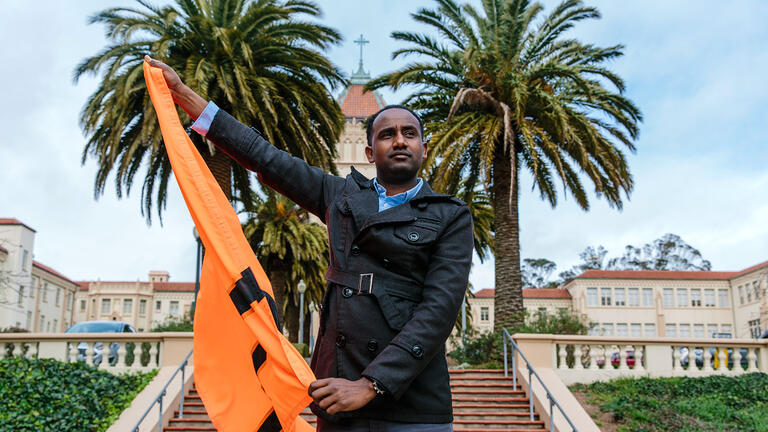 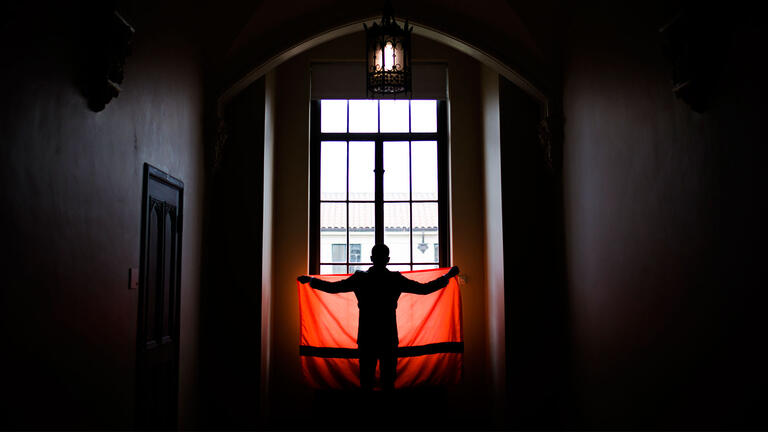 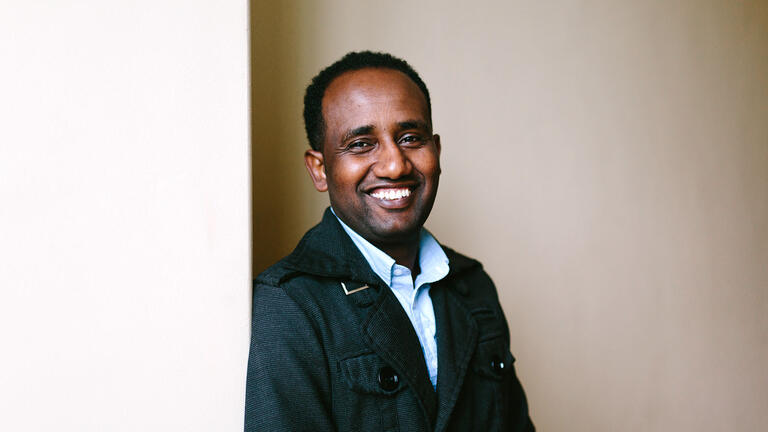 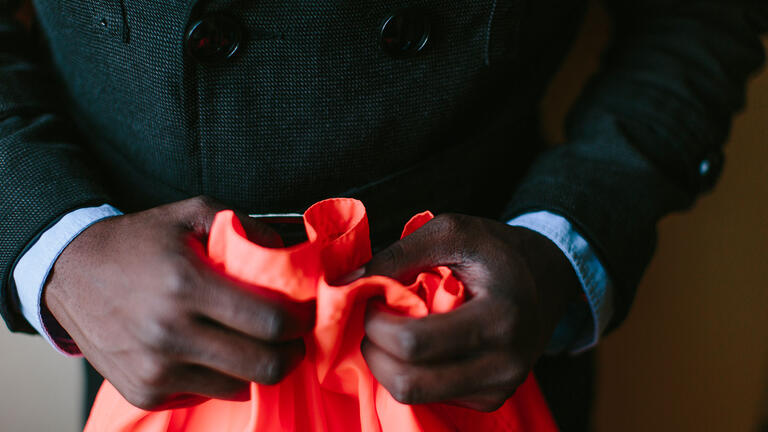 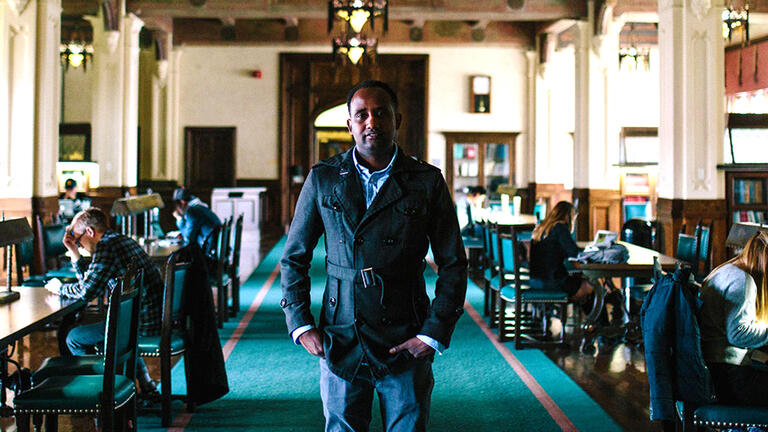