USF’s long-running summer computer coding workshop for girls will double in size and be free this year, thanks to a $20,000 gift from AT&T.

The Aug. 10-14 Girl Tech Power workshop was one of eight beneficiaries of AT&T’s Summer of Giving initiative, designed to support organizations that make San Francisco accessible and vibrant.

The funding infusion will allow Girl Tech Power to enroll about 50 students total, half from middle school and half from high school, said Alark Joshi, a USF computer science professor and organizer of the workshop. It will also pay for more USF undergraduate teaching assistants — mostly women — to help with the workshop.

Girl Tech Power, which has only enrolled middle school students in recent years, was created to introduce girls to computer science, a field currently dominated by men. The program was formerly known as Computer Science for San Francisco.

“The industry has come to realize they need more women engineers, but there aren’t enough in the pipeline,” Joshi said. “We’re trying to address that by conducting workshops like this, where we get students excited about computing and computer science.”

During the five-day course, students will learn to use various programming languages like Alice and Python and meet and talk to women engineers as part of a field trip, which in past years has included trips to YouTube, Mozilla, and Twitter.

At the end of the week, students will create a final project. Last year, students programmed a karaoke-type app that displayed lyrics for a video of the song “Let it Go” from the movie Frozen. Another student, drawing from an HTML lesson in class, created her own webpage.

One message Girl Tech Power hopes to promote is that programming can be fun. 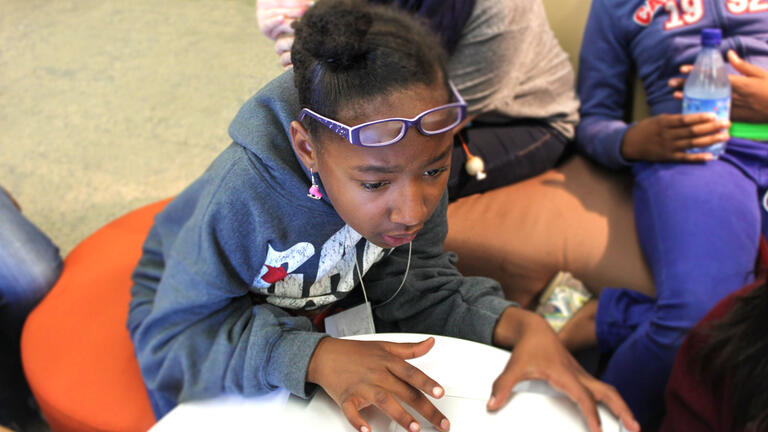