The Politics of Pot

Four years ago, Chris Coulombe ’10 was enjoying a 16-year military career, on the path to becoming a foreign affairs officer at a U.S. embassy or consulate.

Now he’s CEO of one of California’s largest marijuana distribution businesses and consulting firms, Pacific Expeditors (PacEx). His company specializes in transporting cannabis products to retailers across the state and was recently recognized as a small transportation company of the year by the American Business Awards.

Some might see it as a surprising career switch, but Coulombe says that he draws on his military logistical and operations skills to manage PacEx and keep up with the state’s oft-changing regulations. As an Army infantry captain, he was trained in running complex, high-stakes operations that included coordination of artillery and aerial support.

We’re in the Wild West

Another important part of PacEx’s business is helping state agencies and private businesses navigate the barely-charted world of legal marijuana distribution and sales.

“We’re in the Wild West because there is no precedent in the various business models that one could apply,” says Coulombe, who discovered the industry after leaving the military to work as a business consultant. “The academic in me enjoys operating in a tabula rasa — or blank slate — environment."

On Jan. 1, for example, retail cannabis products no longer require child-resistant packaging from the manufacturer — a regulation that will reverse in 2020.

This sort of industry flip-flopping would surely exasperate leaders less patient than Coulombe, who finds digging into policy and studying regulations invigorating. He’s excited at the chance to be at the forefront of a new industry. “I enjoy creating precedent because it keeps my energy level high,” he says.

A Santa Rosa Junior College transfer student, Coulombe explored the world of policy and regulation at USF, where he majored in politics. He remembers teachers challenging him to go beyond the requirements of the program. At one point, for example, a professor pointed out that a term paper Coulombe wrote was an “A” academically but only a “C” based on his abilities.

“It made me realize that there are levels of growth beyond what is built into a course, and that I should use the program as a foundation to push my capabilities,” Coulombe says.

As a USF in DC program participant, he spent a semester at Washington D.C.’s American University building his policy knowledge and connections. He also traveled to Europe to learn about international law and policy making from the United Nations, the World Bank, and the European Union and its leaders — experiences that helped him land a military assignment at the Daniel K. Inouye Asia-Pacific Center for Security Studies in Hawaii.

There, he worked with senior military executives from Asia-Pacific countries on solutions to transnational issues and discovered how much he enjoyed crafting policy. The experience has come in handy when advising on California’s marijuana industry, he says.

Coulombe says that USF taught him to “change the world from wherever I am,” whether in the Army or now, as an entrepreneur. He adds, “The knowledge we possess impacts others. Nothing we do occurs in a vacuum.” 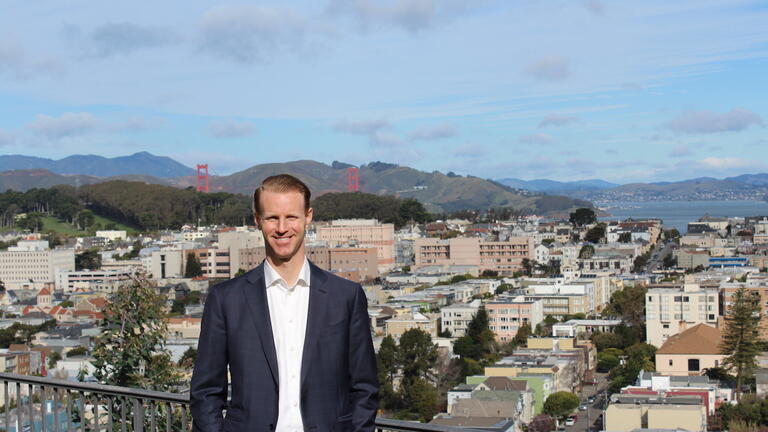 Chris Coulombe majored in politics at USF. After a military career, he established himself as a successful cannabis entrepreneur.
more news