Earlier this year, Jordan Palamos ’12 and fellow physicists made one of the most astounding astronomical discoveries of our lifetimes. Palamos’ team recorded the first evidence of black holes and gravitational waves — confirming Albert Einstein’s 100-year-old theory of general relativity.

After Palamos graduated from USF with a degree in physics and astronomy, he enrolled in the University of Oregon’s doctoral physics program and began conducting research with university’s Laser Interferometer Gravitational-wave Observatory (Advanced LIGO) team. You may have read about the group’s breakthrough in The New York Times and Nature in February and March, respectively.

The group measured minute ripples in space-time — ripples that were caused by the merger of two black holes more than a billion light years away.

The day the universe shook

The collapse of such massive objects into one shook space-time with a force 50 times greater than the energy created by all the universe’s stars combined and sent a gravitational wake spiraling into deep space until it was detected by LIGO.

The discovery confirms Einstein’s theory that space and time are knit together and capable of stretching and shrinking. The discovery also opens up a whole new field of astronomy that could alter how we understand the universe, Palamos says.

“LIGO has the potential to revolutionize astronomy in the same way Galileo’s celestial telescope did,” says Palamos, whose job at LIGO is to ensure that the facility’s sensors distinguish terrestrial events from the tiny vibrations caused by gravitational waves. “Gravitational-wave astronomy offers us a new way to discover things that we didn’t even know to be looking for.”

Palamos is also using LIGO’s data to examine huge flashes of gamma ray light in space for his doctoral research. Observing gravitational radiation in conjunction with gamma ray bursts could help scientists understand what causes the mysterious events, he says.

‘My professors really wanted me to succeed’

“At USF, Jordan was a standout student,” says Aparna Venkatesan, physics and astronomy chair. As an honors student, he tutored others and graded papers for professors. He was also a member of the astronomy club, and led the department’s rooftop star gazing parties, Venkatesan says.

“There’s no question that my USF education played a key role in preparing me to contribute to LIGO’s research,” Palamos says. “The classes were challenging, but even more important — my professors really want me to succeed, not just earn good grades. They encouraged me to pursue an advance degree, offered advice, and wrote letters of recommendation. That’s probably why I’m still in contact with several of them to this day.” 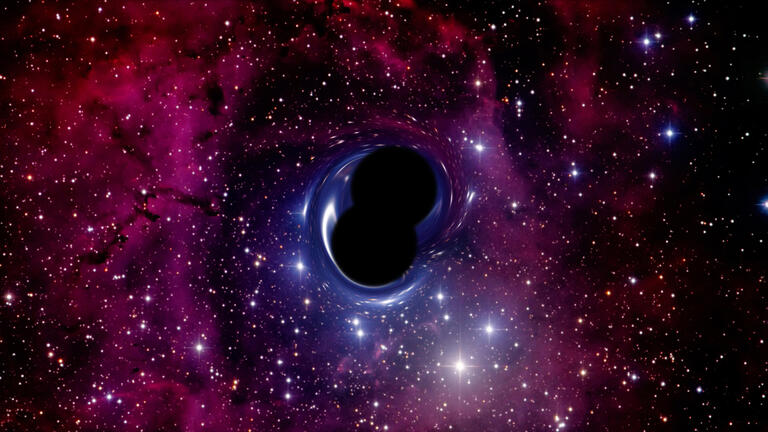