Terence Patterson (Professor, Counseling Psychology Department) and Marriage and Family Therapy student Kaleen Carimbocas ‘16, presented a poster session at the annual convention of the American Psychological Association (APA) in Toronto, Canada on August 6th. The topic of the poster session was The Village Project, a program serving youth in the Western Addition who have been affected by community violence.  Dr. Patterson was the principal investigator and Ms. Carimbocas was the research coordinator of a year-long program evaluation of the Project through a grant from Engage San Francisco. Ms. Carimbocas was the only USF student that presented at APA this year and the first USF Marriage and Family Therapy student to present at APA for two consecutive years on her research.

Dr. Patterson also organized a symposium of senior family psychologists at APA on the topic: Systems Foundations of Multicultural Research. He is secretary of the American Board of Couple & Family Psychology (ABCFP), Past President of the APA Society for Couple & Family Psychology (ABCFP), and an APA Fellow. He received the Award for Outstanding Contributions and Service from the ABCFP at the convention. 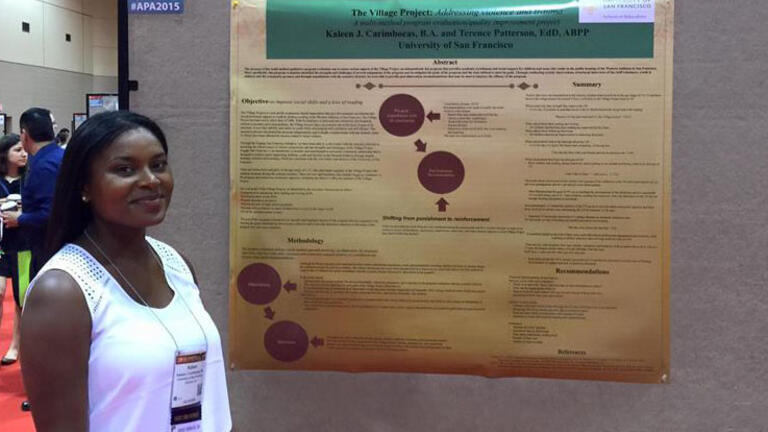