Get Your Green On

USF Earns "A-" For Environmental Efforts

The University of San Francisco has earned an A- on the latest College Sustainability Report Card.

USF continues to make steady progress, raising its grade from 2010 when it earned a B+. The report card is the only independent sustainability evaluation of campus operations and endowment investments in the U.S. Published by the Sustainable Endowments Institute, a special project of Rockefeller Philanthropy Advisors, it assesses more than 300 public and private colleges and universities with the largest endowments.

Among some notable programs and improvements that contributed to USF’s grade were USF’s Garden Project, the expansion of USF’s composting efforts beyond food services into some residential dorms, efforts by the Green Team to make workplaces across campus more environmentally friendly, and the university’s plans to make the new John Lo Schiavo, S.J., Center for Science and Innovation LEED Gold-Certified or better, said Glenn Loomis, co-chair of the Green Team and USF director of community relations.

The student club Net Impact also led a successful effort to convert water fountains on each floor of the School of Business and Professional Studies to reusable water bottle refill stations.

Several of the improvements over the last year were driven by student initiatives, which also helped USF’s Green Report Card grade in the student involvement category, Loomis said. More transparency and advocacy by USF regarding its investments also improved over 2010.

One goal for the current year is to work with the Green Team, Net Impact, and others to find strategies to decrease the reliance of students, faculty, and staff on single-use plastic water bottles, Loomis said. Single-use plastic water bottle production contributes about 17 million barrels of oil and 2.5 million tons of carbon dioxide in environmental pollution each year, according to Pacific Institute, a nonprofit research group devoted to creating a healthy, sustainable planet.

Brittany Rowles, president of the student environmental and social justice club Back to da Roots, agreed that USF has made strides in recent years. She hopes the university’s efforts will lead to growing support from administrators for student-led efforts such as the one underway by her club to require that only fair-trade bananas be sold on campus to decrease USF’s negative environmental and social impacts. The campaign is modeled on the club’s successful efforts in 2008 to require that only fair-trade coffee be sold on campus, Rowles said. 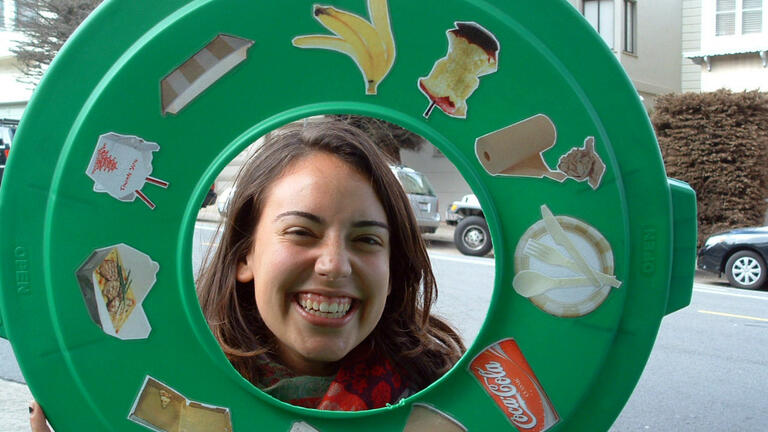