We encourage you to send us your successes as an alum. Experiences in Silicon Valley Immersion Programs have led to incredible new ventures, connections, innovations, and partnerships.

“The energy and mindset of the program allowed me to bond with my colleagues and learn from each other in such an open way without preconceptions.”

I participated in the Silicon Valley Immersion Program in Spring 2013. It was my first time in San Francisco, and everything was new to me. It wasn’t surprising that the immersion program felt different, but it would take me almost six months to fully understand everything I’d learned about Silicon Valley, innovation, and entrepreneurship. The energy and mindset of the program allowed me to bond with my colleagues and learn from each other in such an open way without preconceptions. We presented our ideas and companies using all our skills and capabilities.

A few days after returning to Portugal, I got a phone call. It was a colleague I met in the SVI Program. He remembered me, my presentations and my personality, and that phone call was an invitation to join his company as a partner.

One year later, we are now partners of a multinational company called Vertequip with operations in 3 continents. Learn more at: vertequip.com 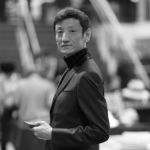 “After returning to China, I founded a product based on mobile internet. It’s named ZANSHANG, a Chinese word meaning ‘appreciate’ and ‘reward.’”

“All the knowledge I gained during the program helped me develop a new venture called Nodo Ká, an online, cloud-based platform, created to meet the administrative, internal, and external management needs of non-profits, foundations, and social organizations.” 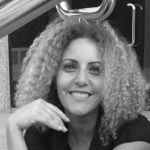 “After my experience in Silicon Valley, I took the initiative of proposing a new way of breaking the current routine in my work (Marketing Operations), giving it more flexibility in line with today’s dynamically changing markets.”

“Our company Ethervoice was proudly selected as one of ten winners of the Global Acceleration Program. Through understanding the mechanics of Silicon Valley and the knowledge given to us by the university, our company has grown from 90k to 500k annual sales and remains on track.”

“After experiencing the USF Silicon Valley Immersion Program and the entrepreneurial culture of Silicon Valley, I realized what I wanted to do as an entrepreneur. I returned to Portugal and launched my new venture called Try Lisbon.” 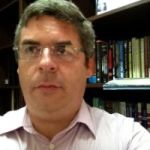 “Over the last twelve years, I’ve worked with new health industry start-ups in Latin America. My vision is create a new private health model that is more inclusive and accessible for all people.”

“This program helped me better understand aspects about innovation and dynamic global entrepreneurs. I run a company (Rivascapital) which provides services in connecting entrepreneurs and angel investors.”