The Challenges of Teaching Ethical Management and Leadership 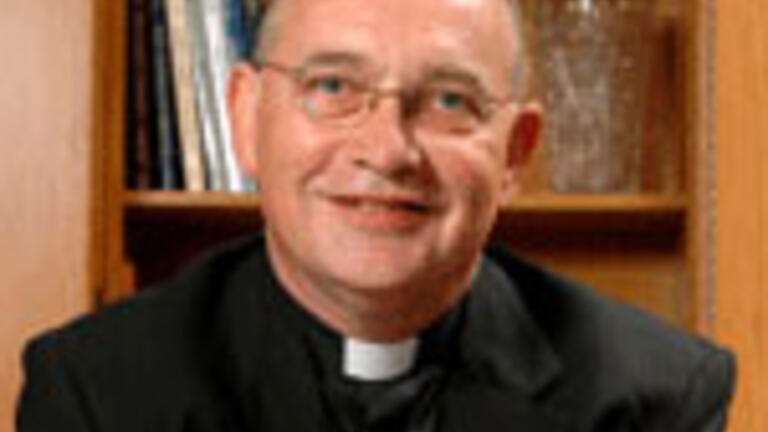 At the annual Colleagues in Jesuit Business Education (CJBE) conference this month, academics gathered to discuss the successful implementation of Jesuit educational aspects like “social learning” into business education, and the challenges this brings. “This is what sets us apart from other business school competitors,” said Fr. John Koeplin, S.J., Associate Professor of Accounting at the USF School of Management. “Catholic Social Thought, having a social ‘agenda’ if you will, wanting to affect the world at large in positive ways. Our business students, as future leaders, and the decisions they will make later in life will have an impact on everyone and everything around them, and they learn that here.”

This year’s conference marked the 17th anniversary of CJBE, and was hosted by the University of San Francisco. For three days in mid-July, education professionals and academics pondered and discussed the social attributes of business learning.

During his keynote speech on the second day of the conference, Robert Niehoff, S.J., President of John Carroll University, talked about the lessons we can learn from the early career of the current and first Jesuit pope, Pope Francis. Niehoff told several stories about the pope’s career during the 70s and 80s in Argentina and mistakes the pope felt he made during that time. “Father Bergoglio, as he was then still known, looks back on many of the decisions he made in those early decades of his career, and would not make the same decisions today,” Niehoff said. “In some aspects of his beliefs, he has made a complete 180 since then.” One story Niehoff recounted was that of the pope’s feelings on the presence of ministers in slums, which in the early 70s he said was too dangerous for the church to keep encouraging. He encouraged two priests to leave the slums and ended their official assignments there. The two stayed anyway and were subsequently kidnapped. Fr. Bergoglio fought for their release for 7 months, until it was achieved. During this time, he seems to have changed his mind about the importance of ministering in these grossly impoverished areas. Later, when he became Archbishop of Buenos Aires, he spoke at length about the importance of the work the Jesuit order was doing in the slums. During the remainder of his time as archbishop the number of ministers in slums quadrupled. “I think what we can learn from Pope Francis is a trait we all must have,” said Niehoff, “and that is being a constant learner. Francis constantly looks at the impact of all decisions he had made, immediately and long after he had made them, good or bad, and tries to learn from them.”

At a breakout session entitled “Ignatian Roots in Business” an informal discussion took place on how to incorporate social thinking, a large part of traditional Jesuit principles, into business education in a way that will make the students better business leaders. “The traditional business skillset is hugely important, of course, and it’s a big part of what we teach,” said Professor Richard Callahan, Department Chair of the USF School of Management’s Public and Nonprofit Administration. “But mastery of accounting and business skills are not sufficient. What do we do beyond teaching the skillset? Technical skills aren’t enough to be a great and ethical leader in your field. It doesn’t just take 10.000 hours of business practice, it takes 10.000 hours of practice of acting ethically.”

One conference attendant observed that many of her students were too young and inexperienced in business to fully grasp the kind of ethical quandaries that will likely only become a factor in their careers much later in life. “They see these big examples of company fraud in ethics class, but other than the Executive MBA students they’re mostly too young and too low on the corporate ladder to be anywhere near making those kinds of decisions, that’s years away,” she said. Callahan chimed in, “Ethics doesn’t stick unless the student fully understands that it’s not a matter of individual choices, it’s an ecology of choices. The entire ecology of choices needs to be ethical, from the ground up, from day one on the job, in order to remain that way later when the decisions become more influential.”

Dr. Michael Whitty, Adjunct Instructor in the Entrepreneurship, Innovation, and Strategy department at the USF School of Management, said, “Aspects of Catholic Social Thought such as economic justice, peace, options for the poor, these can all be a part of a sort of ‘capitalism with a conscience.’ The golden rule remains to treat others as you want to be treated yourself. This is graspable by all cultures, and as long as our business education comes back to this point again and again the students will internalize this message, and the great need to keep learning from our experiences and to keep analyzing our ethical standpoints.”

Father John Koeplin added that precisely because it is the social and ethical element of business education that sets the Jesuit educational system apart, it is an ongoing battle to stay conscious of this fact. “It’s not enough to incorporate this into our lessons a few times, and then say ‘there, we’ve taught them well.’ Social thought is about constantly re-evaluating, admitting to mistakes and learning from them. We need to constantly go deeper, because the moment we reach complacency we fail our students. Keep considering all sides, think very, very critically. And, like Pope Francis, we must reject any system or tactic that dehumanizes people. Business is built on people.”