Arts-in-Corrections to be Reinstated Across 17 California State Prisons

It has taken four years, but University of San Francisco professor and long-time prison reform advocate Larry Brewster is finally beginning to see the fruits of his labor.

Brewster has researched, lobbied, and testified to the life-changing effects of art education on the incarcerated since funding for arts programs in correctional facilities was cut in 2010. This May, the Department of Corrections and California Arts Council confirmed $2 million to reinstate Arts-in-Corrections in 17 of the 33 California state prisons.

The reinstated Arts-in-Corrections programs will offer an array of performing, literary and visual arts disciplines, such as theater, music, creative writing, poetry, painting, drawing and sculpture.

In Brewster's research, behavioral and attitudinal changes in inmates and former inmates have proven to him that inmates who participate in arts programs are much more likely to transcend racial divides. His research also show that arts programming can impact reduced disciplinary actions, increased self-esteem and self-respect, improved emotional control and a significantly reduced rate of recidivism. While Arts-in-Corrections wasn’t designed to be a job-skills program, Brewster also found that many former inmates later used their creative skills in their careers as working artists after release.

"Far too many inmates pass time in the yard, playing sports or working out in segregated groups as they try to break the monotony of prison life," says Dr. Brewster. "Arts-in-Corrections (AIC) offered convicts another way to momentarily escape the harsh realities of prison life while doing their time constructively and meaningfully. AIC served thousands of inmate-artists and offered hundreds of thousands of hours of art instruction during its thirty year run (1980-2010). Original artwork of extraordinary sensitivity and honesty was produced. More importantly, the artistic process for many of these men and women was a path of discovery and redemption." 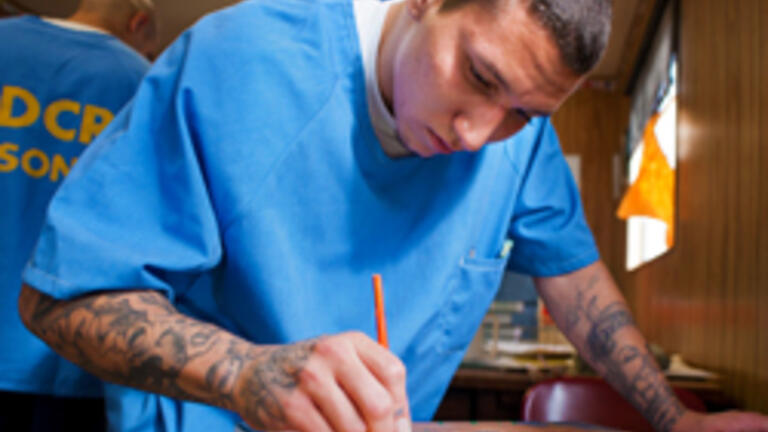 Before the funding for arts programs in correctional facilities was cut in 2010, arts programs were available in all California prisons, for both the male and female populations. Over the last four years, Dr. Brewster stayed hopeful, “I knew that as the economy continued to improve and the state budget continued to grow, we’d get there. We're all die-hard optimists here."