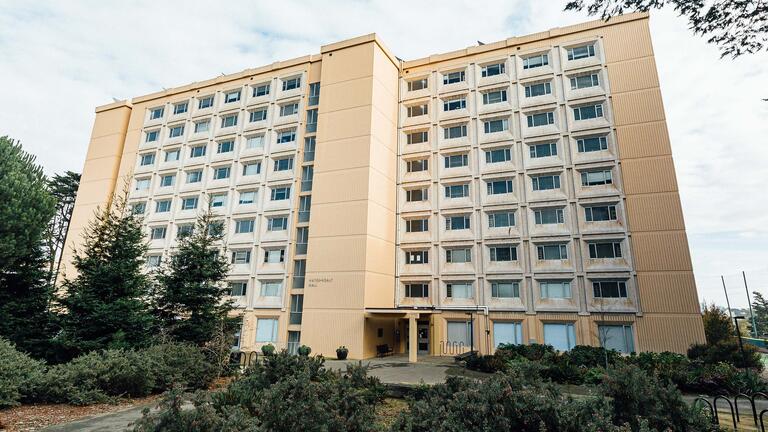 Hayes-Healy Hall is one of two residence halls designed exclusively for first-year students. Here they connect with new friends, take part in student programs, and discover a sense of belonging at USF.

Hayes-Healy Hall was constructed in 1966 during a major transformative phase at USF. Donated by Ramona Hayes-Healy and John Healy as a memorial to their parents, Mr. and Mrs. Joseph Hayes and Mr. and Mrs. Richard Healy, Hayes-Healy Hall provided the first residence hall for female students at USF. It became a co-ed residence in 2003. Located on the east end of campus, many Hayes-Healy rooms boast a spectacular view of downtown San Francisco.