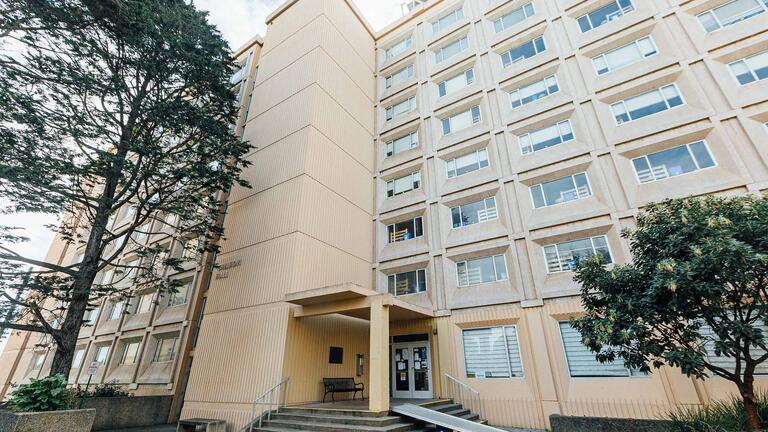 Gillson Hall is one of two residence halls designed exclusively for first-year students. Here they connect with new friends, take part in student programs, and discover a sense of belonging at USF.

During the 1960s, USF underwent a transformative phase that included several major construction projects. One of the residence halls constructed during that period was Gillson Hall, funded by and dedicated to former USF Regent George Gillson. Since its opening, Gillson has been the home to generations of USF students and has undergone several renovations. In addition to being a residence hall, it is also home to the office of Counseling and Psychological Services (CAPS).