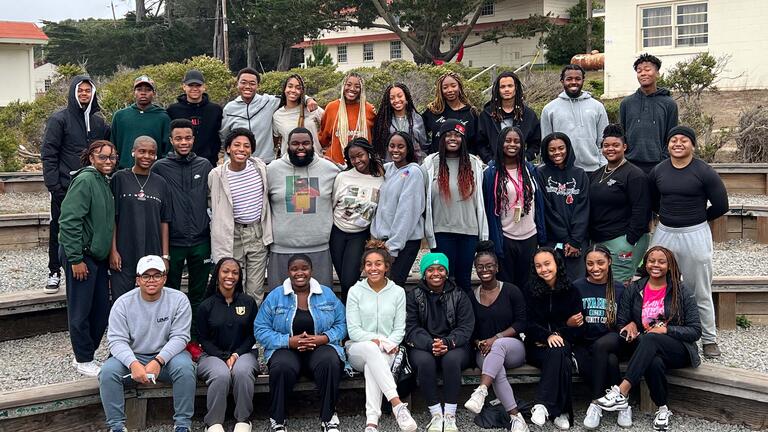 The Marshall-Riley Living-Learning Community (MRLLC) allows first-year and sophomore students to live together on campus; share an interest in the historical, intellectual, and political traditions of Black Americans, and engage with the Bay Area Black community through service-learning classes.

Throughout the year, students will take courses and participate in programs that examine the construction of race and racial identity, as well as the history, politics, art, experiences and intellectual traditions of Black artists, intellectuals, activists and communities.  Along the way, students will explore the diverse meanings of “blackness,” the struggles of often-marginalized groups to build healthy and just communities, and how to work effectively with local African American community groups in the Western Addition to document these struggles and preserve their history.

The Marshall-Riley Living Learning Community is a component of the Black Achievement Success and Engagement (BASE) program.

Successful applicants will live in the designated space in Toler Residence Hall. All community members are required to enroll in one required African American Studies course each fall and spring semester.

This learning community is a collaborative effort between the African American Studies Program, the Leo T. McCarthy Center for Public Service and the Common Good, and SHARE.