USF Sport Management in the NFL

With Super Bowl XLIX marking the close of the 2014 NFL season, we would like to acknowledge all of our students and alumni who work throughout the NFL. We have alumni representatives in all facets of the NFL, including: Reshad Bahadori '12, Production Assistant on the NFL Network; Jennifer Lee '05, US Marketing NFL for VISA; Stacy McCorkle '05, Senior Manager of Communication Relations for the San Francisco 49ers; Kalie Pagel '13, Player Personnel Assistant for the Oakland Raiders; Gina Beckman '14, Public Relations Assistant for the San Diego Chargers; and Douglas Carnahan '00, Director of Partnership Marketing for the Chicago Bears. We commend you all on your hard work and congratulate you all on a successful 2014 NFL season. 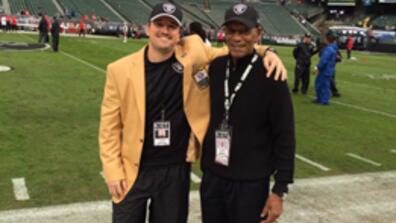 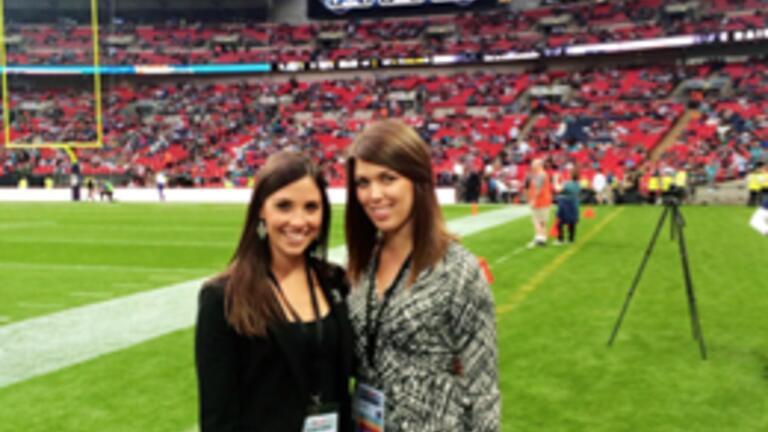 Erin Exum, PR Coordinator for the Oakland Raiders, and Kalie Pagel ‘13 at Wembley Stadium in London just before kick-off for the Raiders v. Dolphins in September 2014
Image 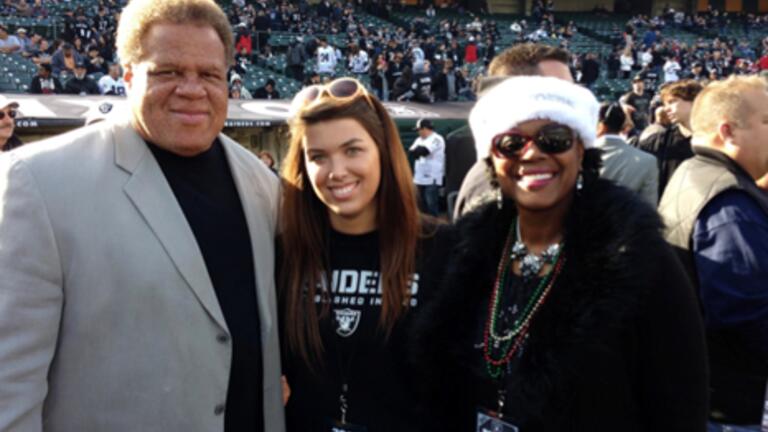 Kalie Pagel ‘13 with Reggie McKenzie, General Manager of the Oakland Raiders, and his wife, June
Image 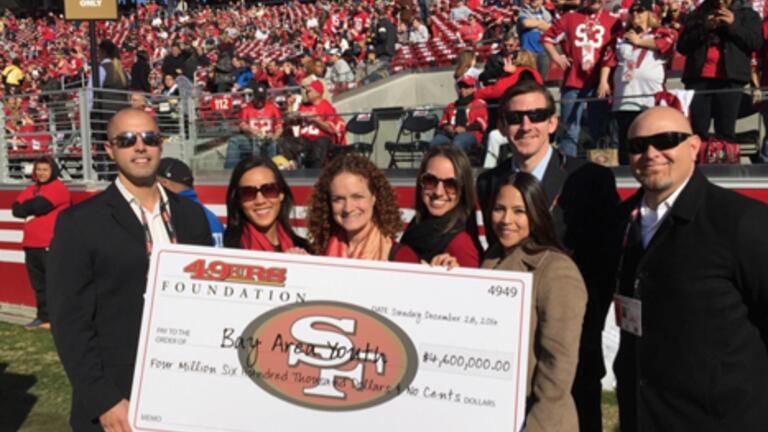 Stacy McCorkle ‘05 (second from the left) and Adjunct Faculty, Joanne Pasternack (third  from the left) at one of the San Francisco 49ers games
Mike Libby ‘09 who oversaw the design and build of the brand new 49ers Museum at Levis Stadium.  This statue depicts “The Catch” (a famous play in NFL history), where Mike had to show the sculptor artists exactly how high Dwight Clark was and the exact position of his hands
Raymond Tioseco ‘11, Account Executive, Groups and Tours for Levi’s Stadium Legends Hospitality, inside the Levi’s Stadium locker room
Raymond Tioseco ‘11 at the Levi’s Stadium ribbon cutting ceremony
Kelly Roberts ‘14 Opening day at the Levi’s Stadium
Kelly Roberts ‘14 at the ribbon cutting ceremony for the Levi’s Stadium on July 17, 2014
Thomas Arguello, ‘14 at Wembley Stadium; Oakland Raiders vs. Miami Dolphins  2014
Brian Hampton, ‘05, Director of Football Administration & Analytics for the San Francisco 49ers
Zeric Sigmon, Jr., ‘13, Premium Services Coordinator for the Oakland Raiders
Zeric Sigmon, Jr., ‘13, Premium Services Coordinator for the Oakland Raiders