Kariuki, who was born in Kenya, serves as the career and professional development chair of the USF School of Law chapter of the Black Law Students Association. She developed a passion for justice at a young age that led her to law school. She is active in volunteering, mentoring, and tutoring at several Bay Area legal clinics as well as with a number of community service and advocacy organizations –among them La Raza Centro Legal, the Asian Pacific Islander Legal Outreach, and The Forgotten International.

“I believe that the black community at-large still struggles to gain access to many areas previously withheld based on discriminatory policies, whether it’s academically, economically, socially, or politically,” Kariuki said. “As a young black educated woman, I believe it is my duty and privilege, as it was for those that came before me, to continue to champion all efforts to advance and empower my community both locally and globally.” 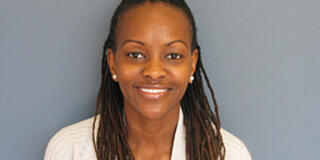