At the USF Involvement Fair, hundreds observed a moment of silence to honor the death of Ferguson, Mo. teen Michael Brown.

More than 200 USFers fell silent on Gleeson Plaza at 12:30 Thursday afternoon and some held up signs in honor of Michael Brown — the Ferguson, Mo., teen killed by police in early August.

The tribute was part of the university’s annual recruitment fair for the 100-plus campus clubs and organizations involved in everything from political advocacy and animal rights to fraternities and sororities. Students connected with dozens of like-minded groups seeking to preserve the environment, work with San Quentin State Prison inmates, and practice speaking French.

The Involvement Fair is sponsored by USF Student Leadership and Engagement, where students can find and join groups who share their interests and passions. 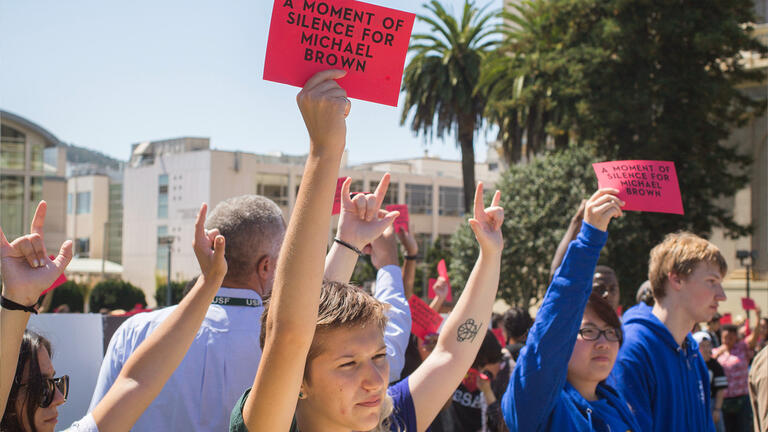 At USF Involvement Fair, hundreds observed a moment of silence to honor the death of Ferguson, Mo. teen Michael Brown.