The teach-in featured law school faculty and students and attracted national speakers who addressed the humanitarian response, legal and medical systems, and historical perspectives on Haiti's culture, religion, and politics.

Doug Sovern, a KCBS reporter who visited Haiti in March and spoke at the teach-in, said that more than 1 million people are homeless and living on the streets or in camps. "The extent of the damage was so severe….It goes on for miles and miles and miles," he said. "It's just staggering."

Dean Jeffrey Brand, who spearheaded the April 19 event on behalf of the Provost Council, said that the catastrophic event that killed more than 200,000 people happened in the context of impossible national debt loads, widespread poverty, a complicated U.S. engagement policy, and dysfunctional humanitarian aid distribution. The cultural, religious, political, and historical context of the earthquake was explored in a panel moderated by Brand.

"It is not just the rebuilding of the infrastructure that we have to pay attention to," said Walter Riley, a civil rights attorney and chair of the Haiti Emergency Relief Fund. "When I was in Haiti I was in touch with people that were not benefiting from the present infrastructure….What is clear is there is a history of exploitation in Haiti."

Dana Issac 2L and Jessica Morreale 3L participated in a panel on student projects that have focused on Haiti, moderated by Nicole Phillips '99, an attorney at the Institute for Justice and Democracy in Haiti. Isaac presented on her spring break trip to Miami where she helped Haitian nationals apply for Temporary Protected Status in the United States and Morreale spoke on her involvement in the Haiti Virtual Internship that is co-organized by Phillips. Mariam Danielyan 3L argued that international food aid has undermined Haiti's local food production in a panel led by Professor Dolores Donovan on humanitarian aid. Professor Bill Ong Hing moderated a panel on the legal response to the earthquake.

The event also featured speakers Brian Concannon, director of the Institute for Justice and Democracy in Haiti and chair of the Lawyer's Earthquake Response Network, and Enna Trevathan, USF adjunct nursing professor and VA Palo Alto Health Care System nurse manager, among others.

Brand recognized the role of law schools and universities in building hope in Haiti.

"I would be remiss if I did not state how proud I am that this teach-in is being held at the University of San Francisco where our mission of educating minds and hearts to change the world drive our work," Brand said in his introduction to the event. "The evidence of the impact of that eloquent and powerful mission is evident at the law school where students seek to fashion a more humane and just world." 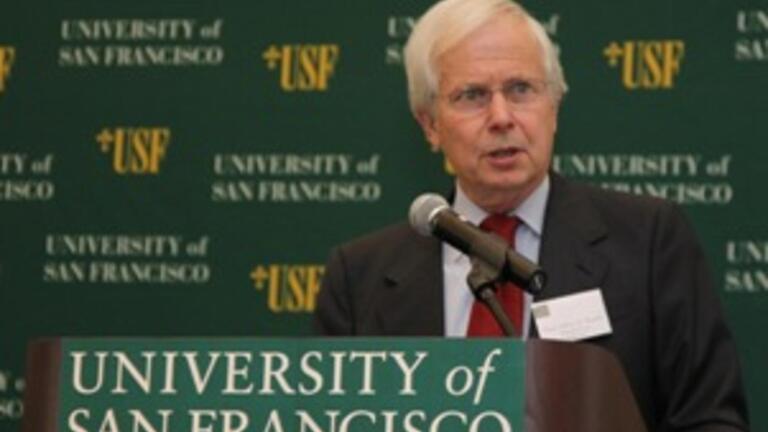 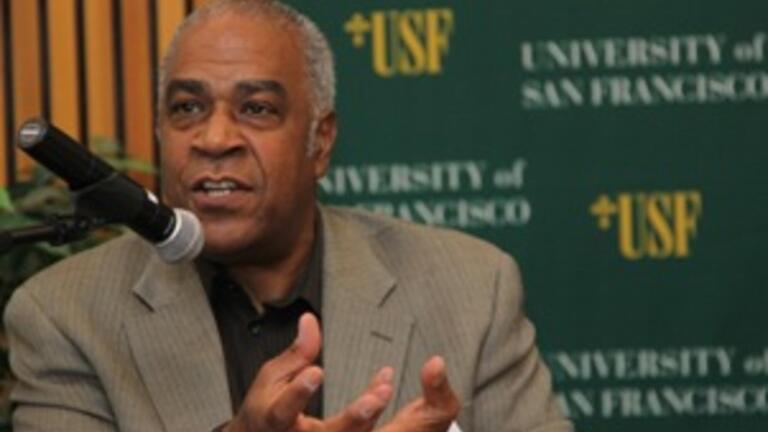