Twenty years after the killing of six Jesuit priests by members of the Salvadoran army in retaliation for their work promoting social justice in El Salvador, the University of San Francisco commemorated the priests’ deaths with a daylong conference Nov. 16.

The Stand 4 Conference, with events scheduled from 9 a.m. to 6 p.m., will provide a forum to discuss issues of justice, workshops, and a candlelight vigil.

From poverty to human rights and political advocacy, the conference, sponsored by University Ministry, will highlight the solidarity between USF and the University of Central America (UCA) in San Salvador, where the Jesuits were murdered.

“These Jesuits were targeted because of their efforts to promote social justice and to empower the most vulnerable members of society during a civil war that saw 70,000 Salvadorans killed and over one million people displaced,” said USF President Stephen A. Privett, S.J. who personally knew the six Jesuits.

Fr. Privett called USF the perfect place to host a conference to commemorate the deaths of the six Jesuits, their cook and her daughter all of whom were murdered by Salvadoran soldiers, trained and paid by the US government.

“We remember the martyrs, not for their sake, but for ours – so that we will be a university community that pursues its mission of discovering, communicating, and applying knowledge in the world as it is for most of its inhabitants,” Fr. Privett said. “We remind ourselves on this occasion that we are held to a ‘higher standard’ than most universities. We do not say it all when we say that USF is committed to academic excellence. We are clearly and obviously about academic excellence, but we are about far more than that. This anniversary is an occasion for us to focus on the ‘far more’ that Jesuit education offers students and the world in the 21st Century.”

The Jesuits’ murders were among countless systematic killings of political opponents that took place during El Salvador’s civil war in the 1980s and early 1990s. Most of those killed by the Salvadoran government’s armed forces and paramilitary death squads were civilians. The assassination of the Jesuits, their cook and her daughter, was a result of their unwavering defense of the poor and oppressed, and resulted in international condemnation for the Salvadoran government, which ultimately led the government to end the country’s 12-year civil war.

Killed in the attack were Ignacio Ellacuria, S.J., 59, a Spanish-born Salvadoran citizen, the rector of UCA and respected leftist intellectual; Amando Lopez, S.J., 53, a Spanish-born philosophy professor and Jesuit priest; Joaquin Lopez y Lopez, S.J., 71, a native Salvadoran and the director of a center for humanitarian assistance affiliated with UCA; Ignacio Martín-Baró, S.J., 50, a Spanish-born Salvadoran citizen, and an analyst of national and regional affairs and the founder and director of a highly regarded polling organization; Juan Ramon Moreno, S.J., 56, a Spanish native and director of two university-related programs; Segundo Montes, S.J., 56, a Spanish-born sociology professor who worked with Salvadoran refugees in the United States; Julia Elba Ramos, 42, a cook in the Jesuit residence, and her daughter Cecilia Ramos, 15.

The day’s events include:

12:30 p.m. – Keynote speaker Kevin Burke, S.J., academic dean and acting president of the Jesuit School of Theology in Berkeley, and author of The Ground Beneath the Cross: The Theology of Ignacio Ellacuria. (St. Ignatius Church)

1:45 p.m. – Workshops: A series of workshops on lobbying, advocacy, civil rights, and litigation presented by the Leo T. McCarthy Center for Public Service and the Common Good, the Central American Resource Center, and the Center for Justice and Accountability. (McLaren Complex) 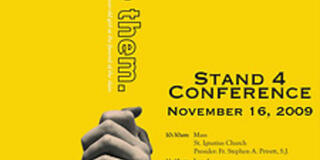 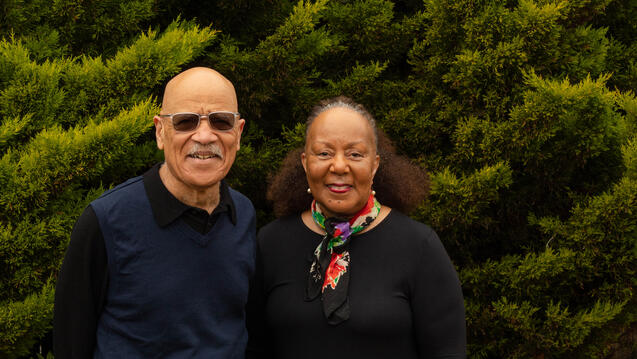