Traditionally made of simple materials such as bamboo sticks and rice paper in the shape of a star lantern, parols can be found hanging from family porches and doorways throughout the Philippines during the Christmas season.

The parol symbolizes the Star of Bethlehem, blessings and hope, peace, and lightness in the dark.

The San Francisco Parol Lantern Festival and Parade, which began in 2003, got underway this year at the Bayanihan Community Center at 6th and Mission streets and paraded in celebration to Yerba Buena Gardens where entertainers and performers amused the crowds.

Taking the theme “There’s always a rainbow at the end of a storm,” Kasamahan members not only created several lanterns but sang a musical chant for festival audiences. “In all, we created 12 small paroles that were meant to represent a rainbow and one large parol signifying the sun,” said Caroline Calderon, Kasamahan historian.

"They came not just in numbers but in focused enthusiasm," said Carlo Ricafort, parol contest judge, of Kasamahan's win. 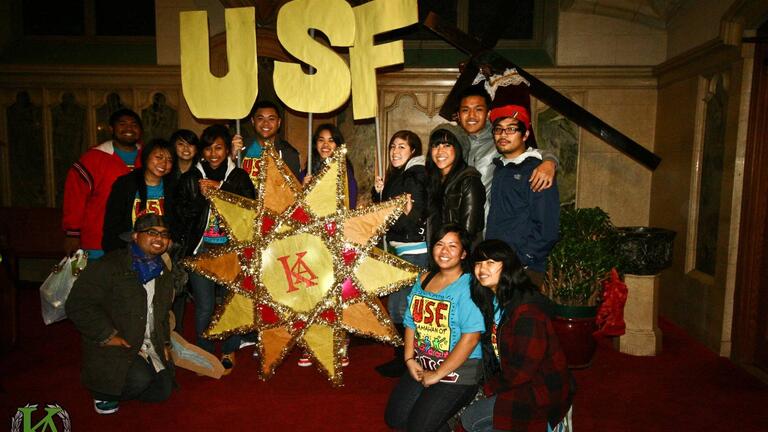