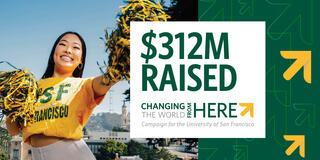 On May 31, 2022, USF wrapped the largest fundraising campaign in university history totaling over $312 million raised for scholarships, programs, and facilities.

On May 31, 2022, USF wrapped the largest fundraising campaign in university history totaling over $312 million raised for scholarships, programs, and facilities.

The campaign launched to the public in 2019 with an audacious goal to build a strong financial foundation for USF’s future. The Changing the World From Here campaign surpassed expectations even during the global pandemic and a shift to new ways of learning, working, and living.

“We did it,” said Fr. Paul J. Fitzgerald, USF president. “Our community came together in support of our students and to invest in a future where USF will thrive. Not only did we reach our initial goal of $300 million, but we also surpassed it.”

“We are especially pleased to share that USF raised $122 million for new scholarships. There's always more to do to create pathways to access a Jesuit education and we are excited to make this bold step forward in making that more of a reality for so many promising scholars,” said Lindsey McClenahan, USF vice president of development.

The success of this comprehensive campaign has laid the groundwork to align with the university's strategic plan to revitalize and realize its mission now and into the future. The plan seeks to position USF students—and thus the university—to thrive in a rapidly changing world.

“We are so grateful to everyone in our community who did their part in helping USF reinvent Jesuit education in the heart of a city that is inventing tomorrow,” said President Fitzgerald. “We are so excited to welcome folks back to campus to celebrate this huge milestone in October.”

Alumni, parents, students, faculty, staff, donors, and friends are all invited to attend an end-of-campaign communitywide festival, CelebrateUSF, this October 21-23. 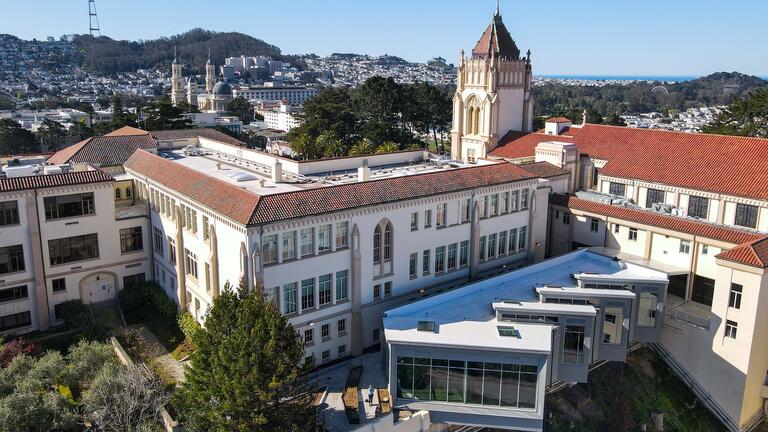