From Troubled Past to Choosing to Make a Difference 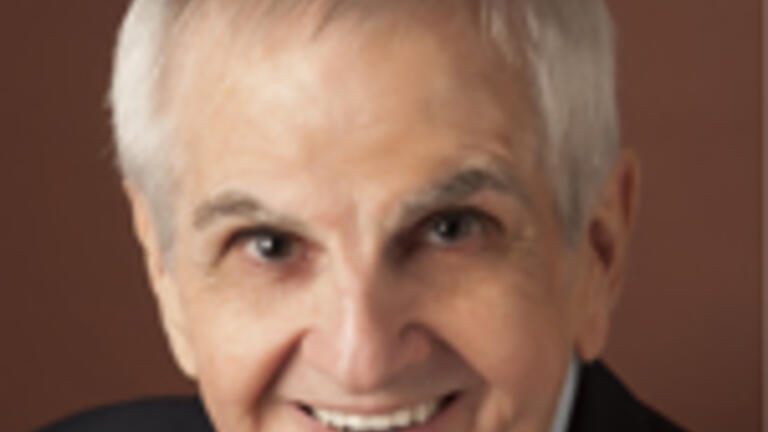 “I’ve been in prison twice for organized crime,” said Ralph Spinelli, alumnus of USF’s Bachelor of Science in Management (BSM) program. “I was in prison in the state of Oregon in 1970 and then I served the entire decade of the 90s in the state of California. Much of my time was in Pelican Bay so I know the tough prisons. Interestingly, the idea of going to prison still scares me, while thinking about what might happen to me in prison no longer does. More importantly, I learned that the most difficult thing a convicted felon has to deal with is the transitional time between the time of release and when they get their feet on the ground. They need a plan and they need to be able to say, ‘I can manage this.’ I learned that post incarceration education is the answer.”

Starting in January, Spinelli will teach criminal justice at St. Mary’s College of Moraga. Much of the strength of the class will come from the guest speakers whom Spinelli has asked to engage with students. “A lot of people know my background and know what I’m doing and they’re anxious to come in. St. Mary’s started a minor degree program that I will direct. I worked hard to get the Chief Justices of Superior Court from Contra Costa County, public defenders, and probation officers to come together.” Additionally, he has also organized a program to bring in one male and one female college-age convict who has been on probation and will be allowed to postpone sentencing in order to attend the January term at St. Mary’s. These students will be brought onto campus and mentored by staff who will teach them necessary life skills -- things like how to look for a job and apply for a credit card as well as important social skills. If they can complete the term in good standing by attending classes and completing coursework, Spinelli will work with them to create an academic plan and present it to the judge to plead their cases. If they fail to successfully complete their term, by cutting classes or not doing the work, the students will be removed from the program and will have to serve their sentences in prison. “My hope is that they will be introduced to a new culture and will say, ‘I like it here. I want to continue to go to school. I want to turn my life around’,” Spinelli said. “We’re trying to cut off their path to prison by exposing them to a better life, one that starts with education. If they are successful in that term, we will follow them for three years. Attorney General of California Kamala Harris, Lieutenant Governor of California Gavin Newsom, and a few representatives from other states have heard about this program and want to see the results. We’re pretty excited.”

Looking back on his own post incarceration education experience, Spinelli learned about USF’s BSM program while he was serving time in California. He knew that he had no other restrictions on his parole besides a travel restriction forbidding him to travel more than fifty miles from his home. Before being released, Spinelli’s parole officer asked him what he was going to do next. “I told him I’d been offered a job in Nevada. But he shot that option down. So I asked him what I was supposed to do.” The parole officer told Spinelli that he could get a job at a car wash. “I know I could have,” Spinelli said. “But I told him I wasn’t going to do that. I was going to go to school and there was nothing he could do about that.”

Spinelli met with a recruiter at USF and together they worked hard to make sure all the application requirements were met. A few weeks later, Spinelli received the news that he was accepted. “At the time I was almost sixty years old and before going in I asked myself, ‘Can I do this?’ It was really very intimidating for me. I could have been my classmates’ grandfather. But I knew this was the program was for me. I was able to get credit for my life experiences, and I had many,” he said with a laugh.

“While you’re in prison you learn certain posturing. You learn the vernacular, but it just doesn’t fit in normal society. When someone commits to go to college their first priority should be getting an education, and the second is to feel that they are in a safe environment. College is the safest most comfortable place for a person to be. It is a place for transition. Nobody will ask a convicted felon, ‘What have you been doing? Where have you been?’ Through college, a felon can slip into a life to become a normal citizen. The post-incarcerated can go on a college campus and get rid of all that garbage they’re carrying with them and find instant gratification. For a convicted felon, there is nothing like sitting in a room with people who they admire for their intellect. They can express their opinion and people will listen. That’s an incredible feeling that most have never experienced before.”

“There was a lot of camaraderie here at USF and I knocked the program out in two years.” Spinelli graduated on December 14, 2001, on his 61st birthday, and delivered the commencement speech. Next, he planned to attend USF’s MBA program, but stopped after he suffered from a heart attack. That’s when he realized he needed to share his story. “I wanted to write about my prison experience because it was important for me to get that out of me, and I wanted the public to know. USF prepared me for graduate school and helped me reintegrate back into society. I left USF knowing that I can accomplish what I’ve set out to do, but that it takes hard work and may require a different approach than I had been used to in the past.”

Spinelli was admitted to the Masters of Fine Arts in Writing program at St. Mary’s College of Moraga, where he was able to craft his prison experience into his recently published book Prison as Punishment, a firsthand account of life in America’s prison system, including its flaws and how they can be corrected. The book provides raw context for the significant policy and resource decisions that lawmakers and society are facing as they address the challenges of crime, punishment, and rehabilitation in the 21st century.

Continuing his education and embodying his own values, Spinelli, at 74-years old, is now a doctoral student at the University of California Goldman School of Public Policy and a research associate for the Center of Law and Society. Spinelli researches under his advisor, Dr. Steven Raphael, an economist at Berkeley, who has helped Spinelli analyze the differences between the education and prison systems in California. “It’s important that people know in the state of California we’ve spent 11.5 billion on corrections and 3.5 billion on higher ed. It seems to be a little out of balance,” Spinelli says. “I am a criminal justice reformist. The criminal justice system needs to be improved. I’m not in favor of doing away with prisons. I believe people have to be accountable for their actions, but we need to look for ways to change the system.”

“Younger guys would come to me for counseling,” Spinelli recalls when speaking about his time in prison, “and they would ask me what they should do.” He would always tell them to get an education. “I had a cellmate for a while, a guy who made a mess of his whole life and was getting out in thirty days. He had no idea what he was going to do with his life. When I told him I thought he had potential, he asked me what that meant. I explained that if he made an effort, he might accomplish something with his life. If not, he would always have a home here in the cell.” His cellmate was to be released in Riverside County and Spinelli counseled him, encouraging him to write a letter to Riverside Community College explaining his exact situation. “Don’t try to make yourself sound like something you’re not,” Spinelli said. “I told him to ask for help and to tell them that he believes going to school will enable him to make some positive changes in his life.” Soon after, his cellmate received a reply from Riverside Community College. They would help him. “A year and a half later, that cellmate wrote to tell me he owed everything in his life to me. He was still in school, was holding a B-average, had his own apartment, and had reestablished relationships with his family. He gained self-confidence and self-awareness, and was greatly improved by attending school.”

Spinelli reiterated how important education is to him. “I’ve always had an intellectual curiosity but I was not encouraged to go to school. I was an all-star athlete and was recruited by Stanford but didn’t have the grades. They offered to send me to remedial school to get my grades up but my father was absolutely against it. My dad and uncles wanted me to engage in criminal activity with them.”

In the commencement speech he delivered in 2001 to his fellow classmates, Spinelli stated how honored and grateful he was to be listed among the alumni at USF. Telling people he is a college graduate still makes him proud. “I told the rest of my colleagues, ‘You are college graduates now, and there is an obligation that goes with that. You have an obligation to do what you can to encourage somebody else to do the same, because we have to make this world a better place. If I don’t do anything else in my life, I hope to have made a difference.”