His answer: “Learning to recognize and appreciate diversity is crucial in the development of future sports managers, as leagues and companies become more globalized.”

In South Korea, a nation that has hosted two of the world’s largest sporting events (the 1988 Summer Olympics and the 2002 FIFA World Cup), professional athletes, teams, and events aren’t managed as city-based franchises as in the U.S. Instead, they are corporate marketing tools.

“In South Korea, 100 percent of professional sport teams are owned and operated by conglomerates like Samsung and Kia solely for purposes of promoting their brand and re-connecting with local communities by winning championships,” said Choi, a native South Korean with deep connections to the sport management community there. It’s not necessarily better or worse, it’s just a different approach, Choi said.

As a 20-year international scholar in the U.S., Choi knows firsthand that understanding another culture is easier said than done. “Those who are willing to understand, embrace, and appreciate this sense of globalism will have a clear edge in their business,” he said.

In its second year, the graduate-level Global Sport Management Immersion to South Korea has caught on quickly, with 14 students making the trip for the two-credit course over the winter holiday.

Second-year sport management graduate student Chris Carlock called the South Korea trip a “once in a lifetime opportunity,” saying that discussing “secret” marketing strategies of executives from Coca Cola, Samsung, and others was invaluable.

“It’s one thing to learn about sport management and sport marketing in the classroom, but to see it applied in a practical manner in the real world really inspired us to do something great with our post-graduate careers,” Carlock said. 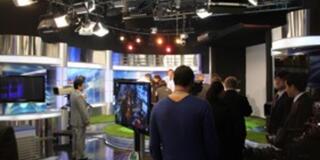