Seniors Honored for Service to Poor, Pursuit of Justice

University of San Francisco seniors Anabel Cassady and Alia Al-Sharif are this year’s winners of the Spirit of St. Francis and Pedro Arrupe awards, two of the university’s most prestigious honors for service and justice.

Previously awarded to graduating seniors during commencement at year’s end, USF President Stephen A. Privett, S.J. decided to present the awards to incoming seniors this year to highlight the work of USF students during their final year.

Politics major, Anabel Cassady is the recipient of the Spirit of St. Francis Award, bestowed on a student who embodies the ideals of St. Francis Assisi – after whom San Francisco is named.

The award recognizes outstanding service, especially to the poor and disenfranchised in San Francisco and beyond. A human rights advocate and outspoken critic of human trafficking as president of USF’s Not For Sale Campaign club, Cassady has spent time in Hungary researching the issue of Roma women being trafficked to Amsterdam’s red-light district. Cassady has also been part of University Ministry’s immersion experiences and lobbying activities in Washington D.C.

Named in honor of the 28th Superior General of the Society of Jesus, the award honors a student who exemplifies a commitment to justice by working to transform social structures in order to alleviate poverty and oppression.

Al-Sharif, an executive member of USF’s Muslim Student Association, has worked tirelessly in several posts on the ASUSF Senate. She authored a recently approved ASUSF resolution requiring USF to provide interfaith prayer spaces on campus. She was a coordinator of the successful Haiti Bingo Benefit in spring 2010, is an active member of Students Taking Action Against Sexual Violence on campus, and an advocate for students with disabilities. 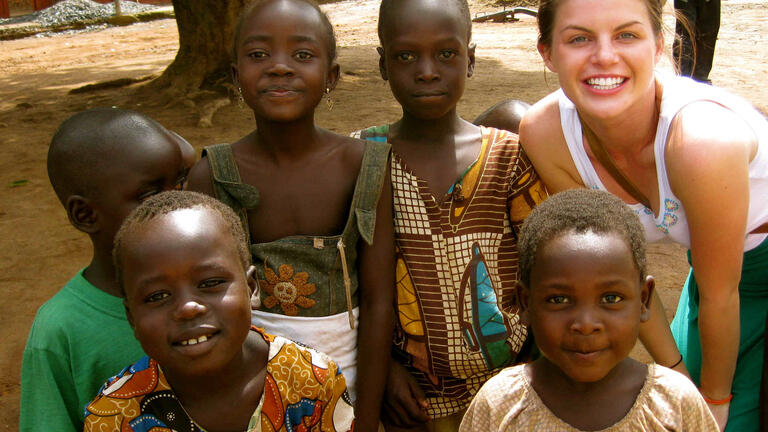