White crosses mark the 1989 massacre of Jesuits in El Salvador

On Nov. 17, on the 30th anniversary of the murder of six Jesuit priests in El Salvador, USF honored them with a new memorial on Lone Mountain.

In November of 1989, the six Jesuit priests on the campus of the Jesuit Central American University were martyred for speaking out against injustice.

The Jesuits had spoken against the kidnapping, torture, and murder of civilians, many of them poor, at the hands of El Salvador’s military regime, said Donal Godfrey, S.J., associate director for faculty and staff spirituality.

Because the Jesuits spoke up, they were targeted as communists and enemies.

“With this memorial, we honor the martyrs in El Salvador and we reaffirm our Jesuit mission to struggle against injustice and seek the truth,” said Fr. Godfrey.

On Sunday evening, Fr. Godfrey led a procession of students and others from Mass in St. Ignatius Church to the memorial site, where they lit candles, said prayers, and erected white wooden crosses painted with each victim’s name.

The wooden crosses, plus eight stone plaques, stand at the eastern edge of the Lone Mountain summit. 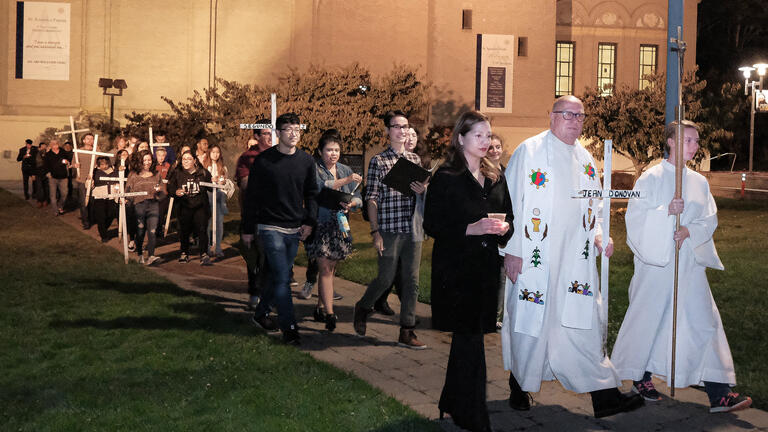 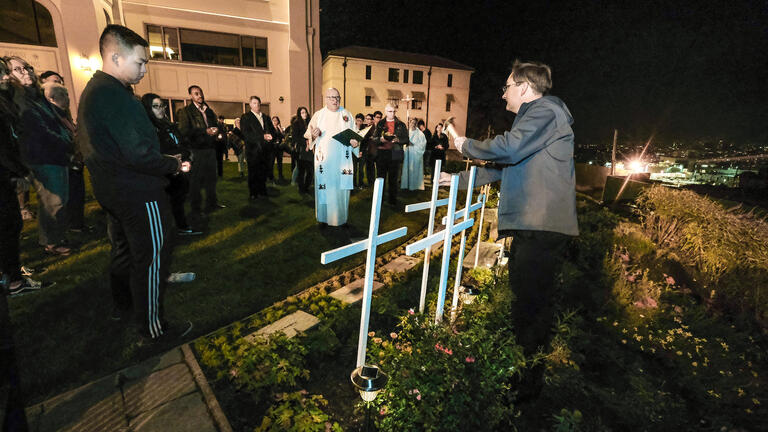