Imbued with holiday cheer, not to mention a sense of pride, family and friends of the University of San Francisco’s most recent crop of graduates arrived on campus to celebrate the university’s fall commencement exercises.

Clarence Benjamin Jones Sr., the author of “What Would Martin Say?” and “Behind the Dream: The Making of the Speech that Transformed a Nation,” spoke at the College of Arts and Sciences ceremony and accepted an honorary doctor of humane letters degree as part of the proceedings. Jones is a former speechwriter, attorney, and advisor to the late Martin Luther King Jr. He was the first African American partner in a Wall Street investment bank in the 1970s. Jones was awarded a White House Letter of Commendation by President Bill Clinton for his 1963 civil rights work in Birmingham, Alabama.

Dominic A. Tarantino ’54 received an honorary doctor of humane letters degree and spoke during commencement exercises for the School of Management. Tarantino served on the USF Board of Trustees for 18 years and was chairman of the board from 1999 to 2003. He played a central role in recruiting USF President Stephen A. Privett, S.J., to the university. Tarantino was also an early advocate for extending USF’s of health benefits to legally domiciled adults, including same-sex partners, which USF did in 2004, making it the first Jesuit university in the nation to do so.

Rachel Naomi Remen, MD, received an honorary doctoral degree and spoke during the combined School of Education and School of Nursing and Health Professions ceremony. Dr. Remen is the founding director of Commonweal’s Institute for the Study of Health and Illness, a nonprofit that promotes innovation in health care, and provides support and education to health care professionals.

Fall commencement exercises were held at St. Ignatius Church on the USF campus:

School of Education and School of Nursing and Health Professions, 3:30 p.m., Dec. 16 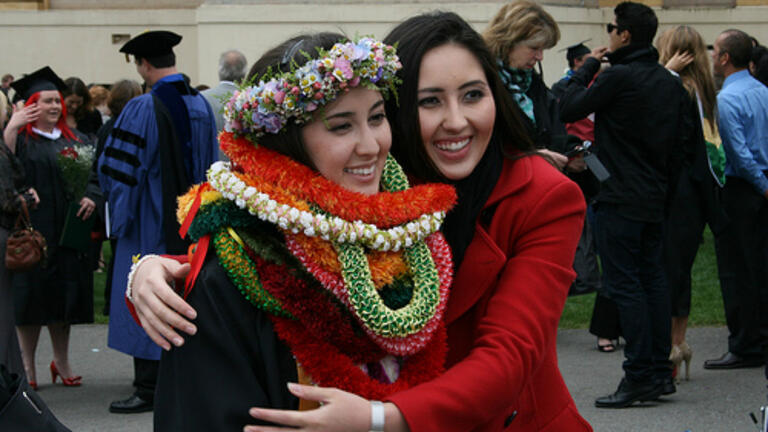