Law School Among Top 10 For Hispanics

by USF School of Law 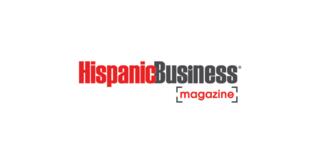 The University of San Francisco School of Law has been ranked one of the top 10 law schools for Hispanics in 2010, according to Hispanic Business magazine.

The law school, which ranked as the ninth best law school for Hispanics nationwide, is among the most diverse in the country with approximately 41 percent of students of color comprising the 2010 entering class. Hispanic Business magazine’s rankings assess the nation’s top universities annually to determine which schools are at the forefront of attracting Hispanic students and providing the academic support to ensure they succeed. To create the rankings, the magazine evaluates enrollment, the number of Hispanic faculty, and the law school’s programs.

“For the second year in a row, USF ranks among the top 10 schools in terms of creating a welcoming environment for Hispanic students,” said Jeffrey Brand, law school dean. “We are particularly proud of this accolade as it is tangible evidence of our steadfast commitment to diversity and particularly for underrepresented minorities.”