Recently elected Superior General of the Society of Jesus, Adolfo Nicolás, S.J., is scheduled to visit California beginning Jan. 30, including stops at St. Ignatius Church and the University of San Francisco.

Fr. Nicolás will visit USF on Feb. 4, where he will celebrate a 10 a.m. Mass at St. Ignatius Church, lunch at Loyola House with students from USF and St. Ignatius College Preparatory High School, and attend a reception for invited benefactors, apostolic partners, and directors of works at the McLaren Conference Center on the USF campus.

“(This visit to California) is an opportunity for Fr. Nicolás to engage in dialogue with Jesuits so that we can better know him and he us,” said USF President Stephen A. Privett, S.J. “He will devote considerable time to conversations with Jesuits in the area about our efforts to apply and implement the documents of our most recent General Congregation.”

During the Feb. 4 visit, representative USF students will have a chance to share lunch with Fr. Nicolás, who has spent a great deal of time working with the poor in developing countries. “I hope that all of our students feel free to come to know Fr. Nicolás and even share his aspirations and dreams for the Society’s works, like USF, where Jesuits and colleagues work together for a more just and humane world,” Fr. Privett said.

Fr. Nicolás’ visit from Rome coincides with the 100th anniversary of the establishment of the Society’s California Province. He is scheduled to stop in 11 cities, check in on about 30 different Jesuit work sites – ranging from churches to schools to nonprofits – and meet with nearly 390 Jesuits from the province during the nine-day tour.

Fr. Nicolás is the 30th superior general in the history of the Society of Jesus, as the Jesuits are formally known, founded in 1540 by St. Ignatius of Loyola. Fr. Nicolás was born in 1936 in Spain and was ordained in Tokyo in 1967. He has extensive experience in Asia.

California’s provincial leader John P. McGarry, S.J. described Fr. Nicolás’ tour through the state as “a great blessing and an exciting way to begin our Centennial year of responding to the call of Christ as Jesuits and apostolic partners in mission.”

“Not only will Father General be able to witness firsthand the outstanding work that so many Jesuits and laypersons are doing together as apostolic partners in our schools, universities, and social and pastoral ministries, but his presence will link us in a very concrete way to the 95 provinces in the worldwide Society of Jesus and to our service of the universal Church,” McGarry said.

To watch the 10 a.m. Feb. 4 Mass at St. Ignatius Church on the Internet via a live stream, visit usfca.edu click on the “Spotlight” feature beginning at 9:30 a.m. PST Quicktime software is required for viewing the stream. Download instructions will be provided. 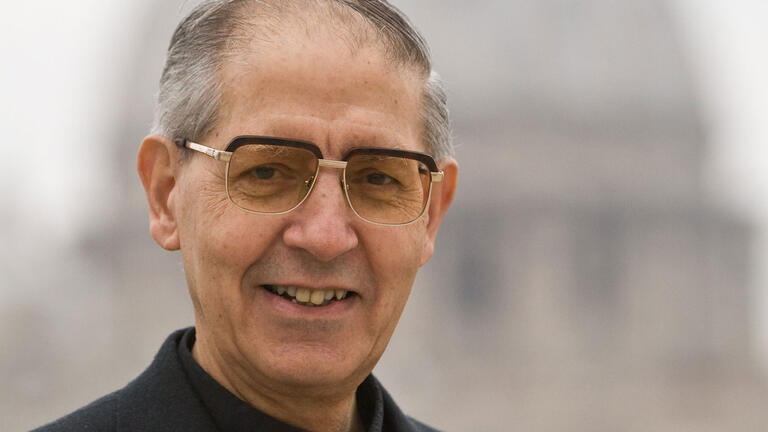