“The contest was like a hotdog eating contest but with a slice of grilled SPAM on a patty of rice like Japanese nigiri,” said Rhonda Chu ’15, chair of the club’s lu’au committee.

Ironically or not, the contest was abandoned because contestants found the SPAM too salty, Chu said.

“We had a terrific event this year with a mesmerizing show, games, raffles, prizes, and more,” Chu said. “It was a great opportunity for our student performers to showcase their talents, while sharing the aloha spirit with the USF community.”

With about 50 members, the Hawaiian club is one of the largest student clubs on campus and dates back to 1972. Club members used to roast a whole pig in an underground pit on campus as part of the festivities. 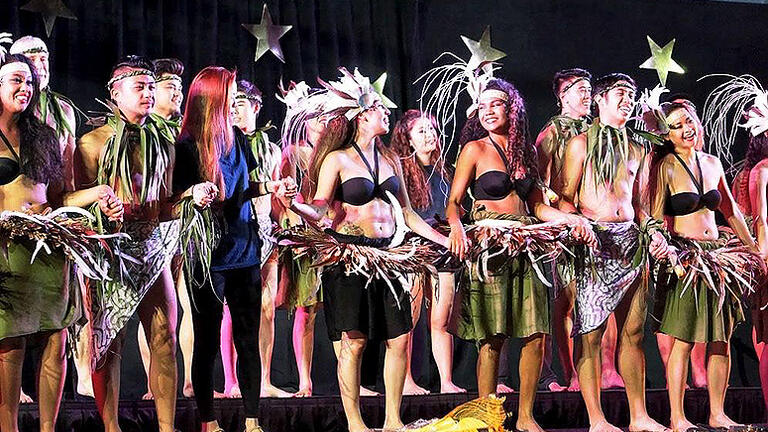