Craig Newmark, Craigslist founder, was among those chosen to receive an honorary degree for his work as a social entrepreneur and proponent of using the Internet to promote democracy and better government. A supporter of a number of nonprofits and philanthropic organizations, Newmark helps deliver technology to the grassroots level.

USF honored Newmark for his success in using technology to promote a common good that rises above particular individuals’ or groups’ interests.

For help finding your way around campus, click here  for a map. Also honored was Sister Janet Vera Harris ’60, of the Sisters of Presentation of the Blessed Virgin Mary, for her work as a chaplain at the Los Angeles Central Juvenile Hall, for her work reaching out to children of street gangs, and for fighting for the rights of children in the pursuit of justice.

Santa Clara University’s Professor Francisco Jiménez, a Mexican immigrant who spent his childhood working as a migrant laborer in the U.S. before becoming a legal resident, also received an honorary degree for his scholarly publications as a leading authority on Chicano literature.

The 151st commencement exercises will be held at St. Ignatius Church on the USF campus: 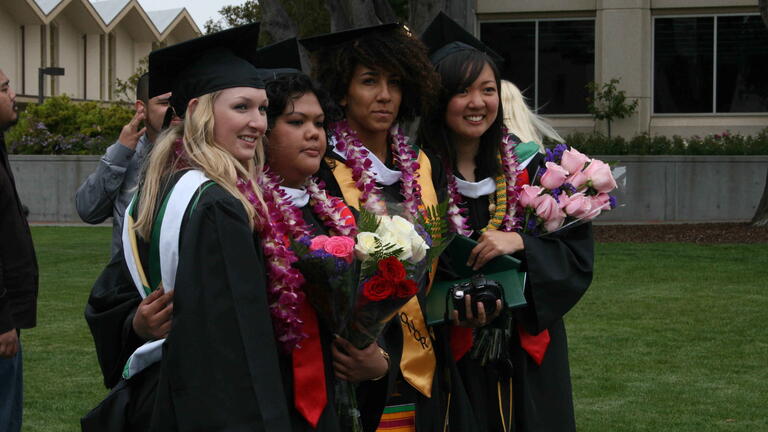