To advance the Jesuit identity of the University of San Francisco, the Loyola House Jesuit community has made a gift of $3.35 million to the university.

The newly established Jesuit Community Endowment at the University of San Francisco will extend the educational work of Jesuits by supporting the development and recruitment of Jesuit teaching scholars, as well as programs and specific projects that involve Jesuit leaders.

“This gift, from the spiritual community that is my home, is particularly meaningful at USF, where we are reinventing Jesuit education in a city that is inventing tomorrow,” said USF President Paul J. Fitzgerald, S.J. “We are deeply appreciative of the Jesuit community’s support for our shared mission and history of changing the world through education.”

Fr. John Koeplin, S.J., Rector of the Loyola House Jesuit community, said the seeds of the gift began many years ago. A woman whose life was touched by the Jesuits left her estate to the Loyola House community, which encompasses Jesuits working at USF, St. Ignatius Parish and St. Agnes Parish. In consultation with the head of the California Province of the Society of Jesus, Fr. Koeplin said, the community recently decided to support her desire to benefit Jesuits and education by giving the proceeds of the estate to USF.

The gift will allow USF to bring Jesuit scholars to the university, support projects and programs that instill Ignatian values, and advance the work of Jesuits in the university’s educational mission. In addition, $100,000 will go to the Lone Mountain Alumnae Scholarship.

“We hope this sends a strong message that as Jesuits, we share not just our labor but our treasure to help the university graduate people who support our mission,” Fr. Koeplin said. “By seeing us do this, we hope other people will say, 'As they are doing, so shall I.'”

Fr. Koeplin said he hopes the community’s gift will support the mission of educating future leaders who in turn have a positive impact on the social and economic well being of hundreds of thousands of others.

Learn more about the Jesuit community at USF. 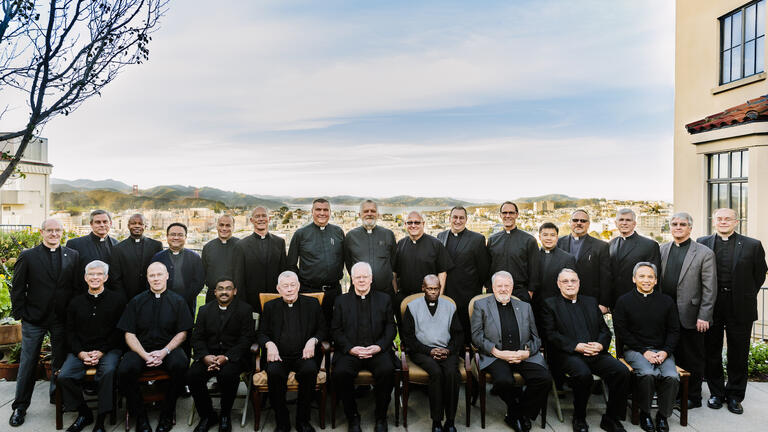 The gift from the Jesuit community at USF will support the mission of educating future leaders who in turn have a positive impact on the social and economic well being of others.
more news