Being named Future Entrepreneur for 2009 by the National Association for the Self-Employed was something akin to winning the lottery or a television game show for University of San Francisco freshman Joe Pielago.

A business major focusing on entrepreneurship at USF’s School of Business and Professional Studies, Pielago has been awarded up to $24,000 to put toward his education as part of the NASE prize.

“It was kind of like a movie,” said Pielago, a Los Angeles native who founded the clothing company VOILA Los Angeles in January 2008. “I didn’t really believe it until they showed up with a huge check for me.”

VOILA specializes in T-shirts and hats with a hip-hop flare favored by skateboarders and young urbanites.

An admitted eccentric who prefers to be his own boss, Pielago, now 18, said he has long harbored ambitions to do something bigger, something different. Depending on the demands of school, he can work 20 hours or more in a week for VOILA, managing his four employees, among them his younger brother and a childhood friend.

The largest such scholarship in the country and the only one devoted to fostering entrepreneurship in college-bound students, NASE's Future Entrepreneur award has been a tremendous asset to Pielago achieving his educational goals.

“I knew that my high school education would not provide me with enough of a background to meet my ambitions,” Pielago said. “After researching what colleges had to offer, I decided I needed to be a business major with a strong emphasis on entrepreneurship.”

Among the top-25 ranked schools in the nation for “most entrepreneurial campuses,” according to Forbes magazine and The Princeton Review, USF was an easy choice. “Plus, San Francisco is a big player in the street clothing industry,” Pielago said.

Inspired by the strong work ethic from his parents – his father, an NASE member, owns his own CPA practice and his mother was a commercial furniture saleswoman – Pielago saw a startup clothing company as the perfect opportunity to combine his leadership skills, his artistic style, and his love of fashion.

Big indeed. While many small businesses are struggling to stay afloat Pielago’s VOILA Los Angeles is looking to expand through networking among his USF professors and upper-classmen.

“I am trying to build a new VOILA team in the Bay Area and need a graphic designer, marketing expert, advertising representative, and so forth,” Pielago said. 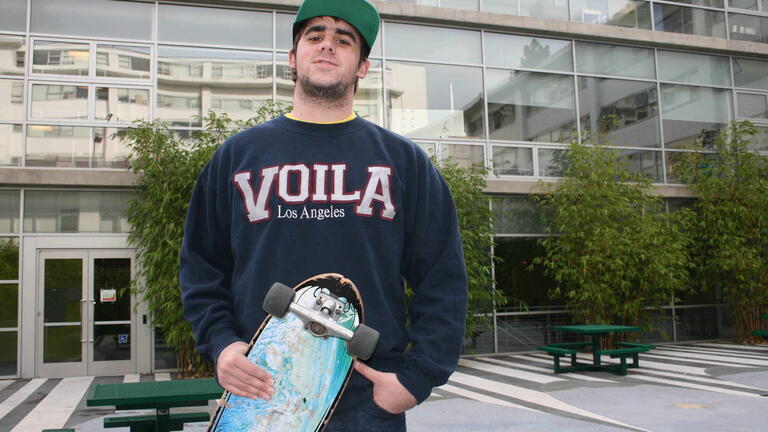