It was Holstein, a former Jesuit from the California Province, who first conceived of ISN – which has attracted about 3,000 students, faculty, Jesuits, former Jesuits, alumni, and parishioners to commemorate the Salvadoran Jesuit martyrs at its annual Ignatian Family Teach-In for Justice at Ft. Benning, Ga. the past six years.

The mission of ISN is to promote leadership and advocacy among students, alumni, and emerging leaders from Jesuit schools, parishes, and ministries by educating them on social justice issues; mobilizing a national network to address those issues; and encouraging a life-long commitment to the service of faith and the promotion of justice.

Shortly before Hostein’s death in 2004, Fr. Privett agreed to house the ISN on USF’s campus.

“Fr. Privett has enthusiastically supported our organization since its founding by providing office space and encouraging the participation of students, faculty, and administrators in all of our programs,” said Ann Magovern, ISN executive director. “We are deeply grateful for our partnership with USF under the leadership of Fr. Privett who has truly responded to Fr. Pedro Arrupe’s call to be a ‘person for others.’” 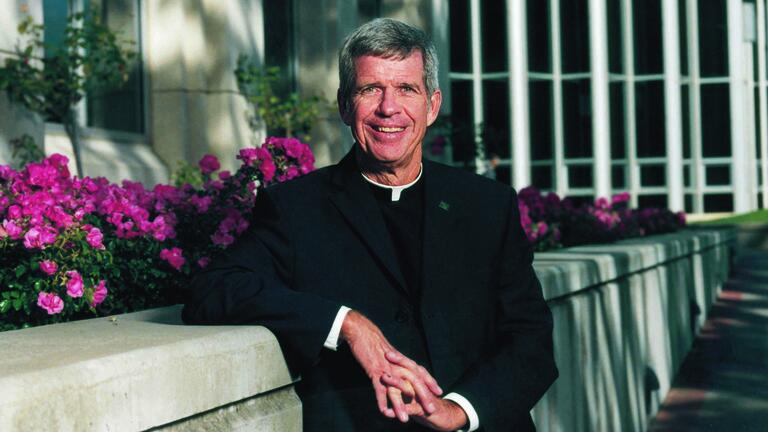