The efforts of two University of San Francisco law professors to abolish juvenile life sentences without parole by courts in the United States have been rewarded with a $140,000 grant from the Ford Foundation.

The grant, coupled with another from the U.S. Human Rights Fund, will pay for the second phase of the End Juvenile Life Without Parole project, led by Constance de la Vega, professor and academic director of international programs, with support from Michelle Leighton, director of the School of Law’s human rights programs, on behalf of USF’s Center for Law and Global Justice. De la Vega and Leighton are the authors of the 2007 report Sentencing Our Children to Die.

In their most consequential foray into the courts to date, de la Vega and Leighton recently submitted amicus, or friend of the court, briefs in two JLWOP cases, Graham v. Florida and Sullivan v. Florida, before the U.S. Supreme Court. They have been designated as the lead attorneys for a number of amici in the Graham case, including several European bar associations and Human Rights Advocates.

The Graham case – involving then 16-year-old Terrance Graham who pleaded guilty to armed burglary and attempted armed robbery of a restaurant, a probation violation, before receiving the maximum sentence – will be heard by the U.S. Supreme Court this week.

“We believe that this is an exciting opportunity to move the Supreme Court to utilize international law standards and U.S. treaty obligations in its decision,” Leighton said.

As the lone academic institution working to solidify international law against JLWOP sentencing, USF is leading attempts to use those laws to pressure the United States – the only country in the world that continues to sentence minors to life without parole – to comply with international standards.

“The juvenile life without parole sentence represents the United States’ most egregious human rights violations against children in the penal process, with death in prison resulting,” de la Vega said.

The grants will assist de la Vega and Leighton in further challenging juvenile sentences in court with current international human rights laws and documenting abuses related to JLWOP sentencing in the United States.

In addition to assisting juvenile defenders in crafting legal arguments to challenge JLWOP sentences, the two professors, in collaboration with the National Juvenile Defender Center, are compiling an online database, or brief bank, for lawyers who want to access international law- and treaty-related cases in the United States that challenge JLWOP sentences.

The JLWOP project also strives to engage legal advocates at the local and national levels in human rights education and training.

De la Vega, who largely faults politicians’ and prosecutors’ desire to appear tough on crime and prison guard unions for America’s isolation on the JLWOP issue, argues that early intervention and rehabilitation would go further in turning juvenile offenders into productive members of society than life without parole sentences.

“Children are not adults,” de la Vega said. “All the studies show that the brains of children are not developed enough to understand the consequences of their actions, sometimes even until they are in their 20s.” 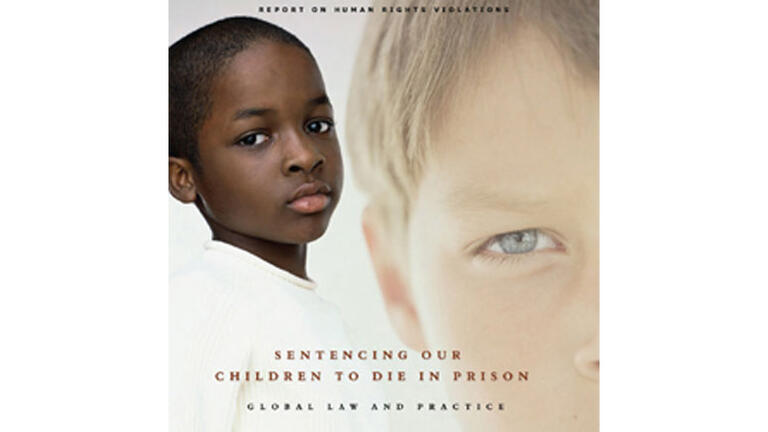