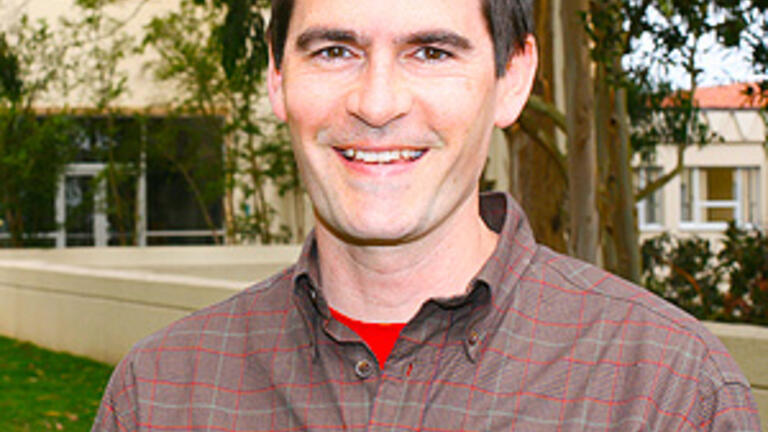 Are sharks gellin’? As it turns out, they are. Hydrogel ensconced in large pores cover many sharks, rays and other elasmobranchs’ snouts and heads acting as antennae for electrical impulses in the surrounding water. The gel allows them to zero in on prey and find potential mates, according to research by Professor of Physics and Director of External Affairs Brandon Brown.

Brown, recently named the winner of USF’s 2010 Distinguished Research Award handed out by USF and the USF Faculty Association, says he stumbled into the field of shark research by accident about a decade ago.

Although he received his doctoral training studying the properties of exotic crystals, he became engrossed with the ocean’s apex predator when a colleague introduced him to the electrical sensory capabilities of hydrogel.

“From there, I turned my full attention to studying the ability of certain animals to detect electricity in their environments,” said Brown, who has published 10 peer-reviewed articles, culminating in significant milestones over the last three years. “It has been an exciting 10-year journey, and I’ve been lucky to find great students and collaborators along the way.”

Sharks and other elasmobranchs use the gel to detect electrical pulses in the water, somewhat comparable to a barn owl detecting the sounds of prey in the darkness, except over longer distances and at minute levels, according to Brown’s research, which was featured as a part of the Discovery Channel's Shark Week in August.

In swimming through these outward spiraling electrical impulses created by the flexing fins of prey or even by the opening and closing of gills, sharks are able to navigate toward the source.

By comparing mathematical models to actual shark behavior, Brown has been able to witness sharks who use their “sixth sense” to make a beeline for the source while some, thought to be less experienced hunters, spiral in toward the source of the electrical impulses. Spiraling allows them to maintain the same orientation to the impulses as they approach, so as not to lose the scent, so to speak.

“Essentially, the gel could act as a thermostat, allowing a shark to detect minute temperature changes – like those produced by prey – by turning those fluctuations into electric signals,” Brown said.