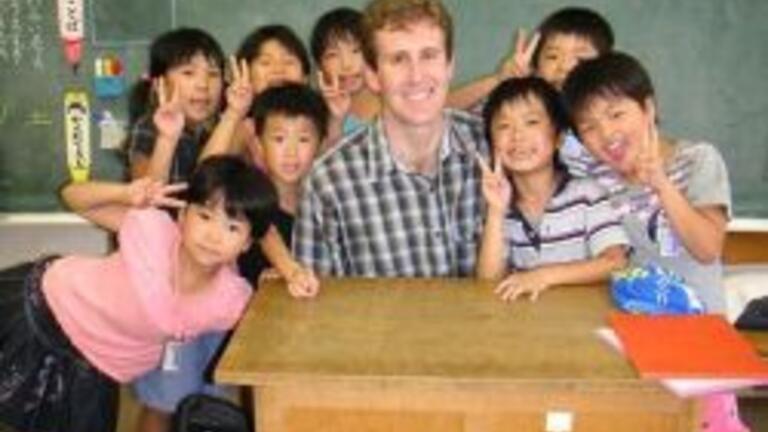 The JET Program aims to promote and improve international culture exposure within Japan’s local communities by developing an ethnically diverse and foreign language educational exchange at the community level. Dr. Yang has designed her International Negotiations class to prepare students for negotiations with people from other cultures, and Dzida’s visit provided an exciting opportunity for the students to learn how social customs in Japan impact interests, values, communication styles, and business expectations.

Dzida spent two years as a JET Assistant Language Teacher, instructing English at the the elementary, middle school, and adult conversation levels in Oyano, a town of approximately 20,000 people. Upon returning to life in San Francisco, Dzida became very involved with the JET Alumni Association while pursuing his Master's in Asia & Pacific Studies at the USF Center for the Pacific Rim. In 2010, Dzida became President of the JET Alumni Association of Northern California, a role which allows him to extend relations between Japan and his home country by advocating for cultural awareness and regularly spreading knowledge through engaged learning opportunities and speaking engagements. 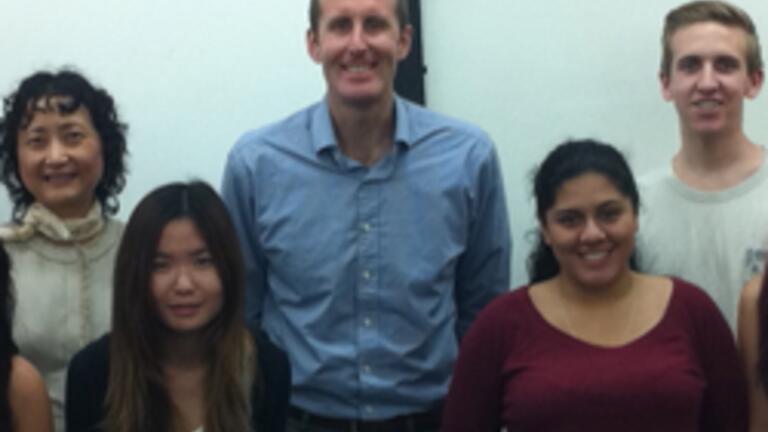 During his discussion in Dr. Yang’s class, Dzida shared various elements of Japanese culture that can be applicable to business negotiations. “Omiyage, gift giving, is an important part of living in Japan. For many foreigners, finding the right gift and presenting it in the right way it can seem like some elaborate code,” Dzida explained. “The truth is that it is not.  Exchanging gifts is just the first step in building a friendship. Omiyage represents a way to communicate with your hosts without using words.” Dzida also described chopstick etiquette, “Chopsticks should never be left sticking straight up in a bowl of rice because it looks too much like incense that is burned when someone has died. Instead, chopsticks should always be laid flat on a bowl.”

While teaching with JET, Dzida's personal goal was to make his Japanese experience as culturally immersive as possible. In fact, he set out to learn karate and eventually received his black belt from the Sei Ryu Ken Karate Dojo. Alexis Descas, a Business Administration exchange student in Professor Yang’s class stated, “I was particularly impressed by how Dzida completely went out of his comfort zone to do something totally new. This experience seemed to have changed him.” Dzida proves a shining example of how cultural understanding and cross-cultural participation can greatly enhance an international experience, business or otherwise.

In the contemporary global business environment, Yang’s students are in advantageous positions because they have been exposed to and understand how different cultures affect international business processes. Dr. Yang said, “There’s no better place than USF to engage students in a dialogue on the future of cross-cultural business strategy.”

“Having Dzida share his experiences was an honor,” said Nicholas DeLotell, a sophomore majoring in International Business. “In bringing a real-world perspective to the classroom, Dzida is helping us to further our skills in a useful and engaging way.”